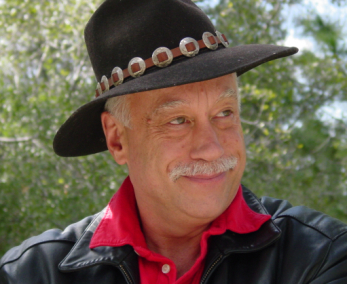 Born in Santa Barbara, California in 1950. My journey has taken me to the depths and heights which is ultimately part of a spiritual journey. In 2007, I wrote an irreverent account of my journey called Tales of a Zany Mystic, offered at Amazon Books. One year prior, I was asked if I wanted to do a weekly radio show. This marked the birth of a weekly internet radio show on BBS Radio: A Fireside Chat With Zany Mystic

This autobiographical tale chronicles the author's life, having "chosen" to be born to two gay alcoholic parents. Following their lead, the author struggles throughout his lifetime with being gay, severe alcoholism, drug abuse. It's a spiritual odyssey, which includes an insider's look into an esoteric school studying the ideas of Gurdjieff and Ouspensky. Later, his meteoric rise as a drug dealer in San Francisco, California to the gay "party and play" (PNP) scene culminates with a warning from a living angel. After two arrests, encounters with other angels and many mystical experiences, the author transcends his lifelong battles.

He speaks with eloquence of the coming shift in consciousness which coincides with the Mayan calendar's end date of December 21, 2012. He now devotes his life to spirituality, writing and broadcasting his radio show, A Fireside Chat With Zany Mystic. For those with issues about being gay, addictions, or desiring to advance spiritually, this book has it all. A heartwarming personal triumph which offers humor, wit and style; a fascinating story, but more than that, a "ray of hope".

During the 1970's, I did Werner Erhard's EST training, their Six Day Experience, the Advocate Experience, Vipassana meditation training.  Prior, I was in an esoteric school studying Gurdjieff and Ouspensky.  I chose to leave, upon discovering that the teaching had turned into a cult.  My closest friends were the first two students to join the "Fellowship of Friends" run by Robert Burton, and we worked on many projects relating to spirituality over the years.

For the past 12 years, I've done pro bono healing with an international group of professional healers.  We do remote healing, for those in need.