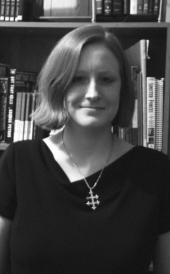 Tracy Twyman has been writing about alternative history and the occult for 14 years. She is the author of several nonfiction books and is also the former Editor of Dagobert's Revenge Magazine, a journal of esoteric history that was published from 1996 to 2003. In 2006 her website made national news when it was banned by the Supreme Court of Pakistan on charges of blasphemy. Recently she was featured in the documentary film Bloodline, released in May 2008. Her book The Merovingian Mythos was licensed by Sony Pictures for use in the upcoming film Angels and Demons, prequel to The Da Vinci Code.

Tracy R. Twyman's latest work on the esoteric history of money. Learn how the modern-day alchemists who control our economy create fool's gold out of nothing. These masters of illusion have tricked us all into sacrificing our own youth, and that of our own children, by convincing us that "time is money."

Tracy R. Twyman is an author and commentator on a number of obscure subjects. Her books include Mind-Controlled Sex Slaves and the CIA; The Merovingian Mythos and the Mystery of Rennes-le-Chateau; Solomon's Treasure: The Magic and Mystery of America's Money. She's also the former Editor of Dagobert's Revenge Magazine about mysticism, secret societies, and alternative history.