Aurora shared her experiences as a Galactic Walk-In, and with having created a hyper-dimensional portal shape via the Flying Rainbow Lasagne.  In essence, it's a way to connect to our Higher Centers, Source and the zeroth dimension!  We touch briefly on Atlantis, Marduk, and the Ascension process which is non-local, though our solar system is participating, as are the humans incarnate at this time.

A distinction is made between earthly A.I., which is not the same as Galactic A.I., that runs the 9D matrix in which numerous galactic systems are as immersed as earth and its planets.  It's wise to make a distinction between organic evolution and the artificial push towards trans-humanism, cloning, robotics, cyborgs, Super Soldiers and more.  These are two different paths with entirely different outcomes.  Technology will be used to attract those who are not ready to play the organic card; it will appear to open many doors; As in the game Let's Make A Deal, we all know that occasionally, one door is a dud.  Choose wisely. 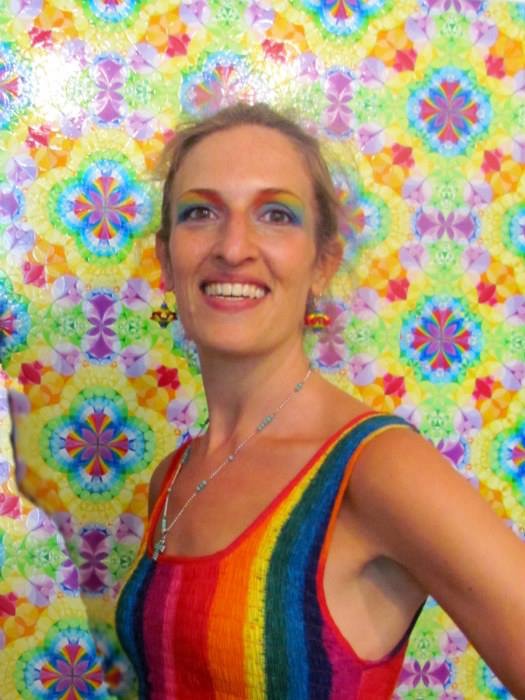 Aurora is a Galactic walk-in and visionary artist. She came into this physical body, and into this world, in 2001 via the Flying Rainbow Lasagne, a hyper-dimensional portal shape she spontaneously invented.

Since then, Aurora has spent her time expressing the concept of the Flying Rainbow Lasagne (FRL) in drawings, paintings, sculptures, animations, and in an online class called Lessons for Full Spectrum Humans. The FRL shape is like "open source code" for your DNA, and it is Aurora's continued intention to teach everyone how to embody it and become the artist of their own reality.

Aurora presently lives in Northern California, where she paints on a daily basis in her art studio, broadcasts her weekly radio show "Birth of a New Dimension", teaches her online class, and gives live performances about harmonics, the intersection of her visual art and overtones singing.  You can also find her uner Aurora, on Facebook! 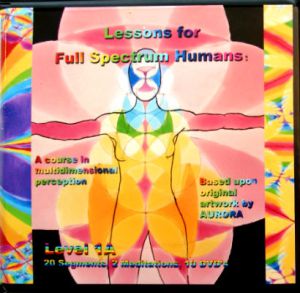