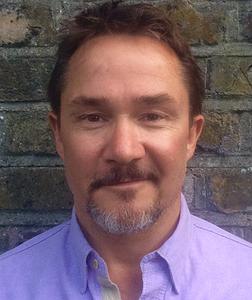 Born in 1963, David was a highly psychic child, hearing voices, and having out of body and mystical experiences from very early in life.  A hugely dysfunctional addict family life and an early and major pattern of sexual abuse were formative experiences in David's life, and he was himself using solvents by the age of eight.

Conscious spiritual life began at the age of 27, when the voices of his childhood returned. David went on to  study psychic development and spiritual healing for over six years at London's College of Psychic Studies.

Very quickly he was offering workshops and giving readings and gaining a reputation as a gifted healer and intuitive. His addicted background had not at that stage been resolved, and proved to be a major sticking point for David. The pain and confusion of living as an addict, along side a very deep spiritual calling almost cost him his life.

Soon after giving up alcohol and drugs in 2000, David was diagnosed with an HIV related liver cancer, which was medically speaking considered to be terminal.  It proved to be a  profound and deeply healing and guided journey, which forced a choice in David's self destructive psyche. The choice he made was to stay on the planet, and within a few weeks of setting the clear intention to live, the cancer had inexplicably disappeared.

What followed was a deep descent into the shadow that David had avoided for so long. The repressed memories of childhood surfaced, leading to deep healing of old wounds.

He trained went on to train and work in garden design, but always his major interest was in the mystical worlds.

Sound has long been a part of David's approach to healing. No formal training in this method has been undertaken. Rather, a Native American shaman on the inner plains, who told David, "I am you in another life", leads healing ceremonies and songs for clients.  The sounds have a profound healing impact on energy fields, patterns of trauma and dis-ease.

Today, David runs an energy work practice mainly over Skype, distance or location being no bar to the impact of the work. David sees deeply into the stories,  structures and patterns in energy fields and works with sound, and focused intent to help these locked patterns to release.

He has an ability to weave story, sound and energy together in healing journeys for large groups of people, leading them into deep collective wounds in order to bring release and freedom.  He works as an agent of change for landscapes and collective consciousness, and acts as a genetic initiator, awakening ancient star strands of DNA in individuals and collective fields.

He has recently become aware that his next phase of work involves the surfacing of deeply submerged  Atlantean memories for the collective, as we awaken to the gifts we used to live.