We'll be discussing how Deborah became acquainted with some very special people, experiences and much more.  These experiences have changed her life in some powerful ways.

ThunderBeat is a gifted shaman, a world Bridger, who blends tonal with tribal elements into multi-dimensional soundscape; Her harmonies soothe the spirit. While her rhythms awaken the soul.

She has studied at the prestigious Eastman School of Music and has researched sound frequency therapy since 1993.

She is an international recording artist and live performer. For more than two decades ThunderBeat has recorded and toured with national and international artists on major labels. These include CBS, Atlantic, and A&M Records. As of 2000 she became a solo artist and now she is an accomplished Author, Teacher, Composer, Shamanic Practitioner, Certified Reiki Master, and a Pioneer in Sound Healing.

ThunderBeat receives her music and ancient healing knowledge from her travels world wide to sacred sites. She has initiated ceremony in the Pyramids and temples of Egypt, Mount Sinai, the Vortices of Sedona, AZ, Mayan Lands, and many Native American power sites. She has traveled with John Major Jenkins to several Mayan Temples and toured with Jose Arguelles in Mexico, Belize, and Guatemala.

In 2000, ThunderBeat became a Solo Artist. Her concerts have empowered many people around the world.  In 2005 she was nominated for 5 Native American music awards and won best New Age and World recordings.

ThunderBeat is highly recognized internationally for her sound activations and drumming expertise. For more than a decade, she has taught drums at the world famous Sam Ash Music Store, the Long Island N.Y. Drum Center, as well as drum workshops through out the U.S. As a result, she has written an instructional hand drum book called “Rhythms from around the World”, Which includes a guided CD of all the rhythms.

In 2005, she won the Beacon of Light Award for her inspiration, creativity, wisdom, compassion, and service to the community and the world!

Testimony
You my love are a true healer. Gifted from beyond bringing the tones and
sounds of the other dimensions into this world for people to hear so they
too may experience the other worlds.  Many blessings with gratitude, Love Miriam Delicado  Author  “Blue Star - Fulfilling Prophecy” (Being played on Heart of Space)

Chakra Journey CD: #1 in the USA for Healing/Mediation. As of 2009 she has completed a Series of Chakra products that includes: A Chakra DVD “Visual Sound Healing”; The Chakra JourneyBook, “Awakening the Chakras” and Chakra Poster. As of 2010 a Japanese Version and a Swedish of her Chakra Journey CD will be available. Chakra Journey is a Top selling CD with Hemi Sync induced. (The Monroe Institute) Chakra Journey Retreats / Workshops dates are available on her website. 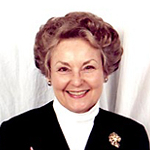 As a talk show host Donna really excels. Guests on her programs include CEO's of Fortune 500 companies to working mothers. Her interviews embody a golden voice that shines with passion, purpose, sincerity and humor. She is one of the few media hosts in the country who actually read the material authors submit before booking them on the air.

Tune in for an "Hour of Mind Power". Callers are welcome to call in for a live on air psychic reading during the second half hour of each show.