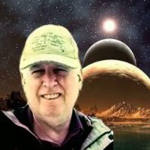 New Galaxy Broadcasting proudly presents Integrative Hermetic Health with Hugo Rodier, M.D. In this program, we explore a powerful new paradigm for heath from the standpoint of Integrative Medicine. In his practice, Doctor Rodier integrates ancient hermetic art and the enduring role of food as medicine with modern nutrition but also allowing for the wide range of important health practices including truly valuable medical discoveries, chiropractic, acupuncture, homeopathic and herbal medicine. In this program, Hugo Rodier, an expert in intestinal health and nutrition, will help the audience discover an approach that focuses on actual cures, not the masking of the elegant, simplicity of many health solutions for the sake of profit. Profit too long has been an overriding motive of the pharmaceutical companies and sometimes sadly by many in the medical establishment today.

Some say that the history of medicine has been continually evolving since the time of the ancient Greek physician, Hippocrates. But today, some experienced and knowledgeable doctors, to differ. They clearly see, , forms of medical treatment that often serve to suppress symptoms with pharmaceuticals that have dangerous if not fatal side effects, recommendations for surgical intervention that place profitability over well-being of their patients. These doctors refuse to include in their practice the many modern and ancient health disciplines utilizing herbs, homeopathic remedies, acupuncture and, above all, the power of nutrition. Many of the most useful insights are grounded in hermetic science, developed hundreds of years ago. Hugo Rodier, M.D., author, broadcaster and practicing physician has spent his career focusing on nutrition and intestinal health. In fact, only now medical journals are coming to terms with guiding points of view he had realized decades ago. Please join with me, Johnny Blue Star, as I assist Doctor Rodier in his new program, Integrative Hermetic Health.

That so often provides drugs to cover up and suppress symptoms with pharmaceuticals that create dangerous, if over the last few decades, a relatively small number of medical doctors have begun to wonder, looking at the vast limitations of modern medicine to actually deal effectively with the rise of auto-immune diseases and the  unfortunate dangerous and even lethal sound effects of pharmaceuticals, that perhaps we have truly lost more than we have gained- and we are glossing over symptoms. 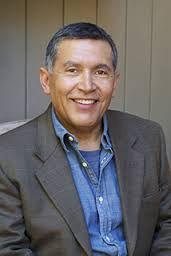 Dr. Rodier enjoys a simple life, enjoying the mountains and deserts of Utah, choosing to run outdoors rather than work out in gyms, reading voraciously, and finding delight in his family, which includes children and the entertaining antics of his cat and dogs. Healthy and paid to do what he loves, he considers himself blessed in life. He was born in Chile with paternal roots in France and immigrated to the United States at the age of 16. His unique upbringing not only left him fluent in Spanish and French, but also gave him a grounded perspective on life and love that he carries into his practice.

For his clinical work, Dr. Rodier reads 100 medical journals each month and keeps extensive lists of citations to demonstrate the evidence-based science behind the nutritional approaches he uses, blogging monthly on his findings. In addition to his clinical work, he is concerned about the environment where he lives. Salt Lake City has some of the post contaminated air in the nation, so his work raises awareness of the role of toxins in the environment and how they contribute to many chronic diseases ranging from asthma and autism to diabetes and obesity.


Preferring to practice medicine than be encumbered by the toxic restrictions of health insurance, Doctor Rodier, who charges reasonable rates, charges cash only in his practice. No insurance is accepted. 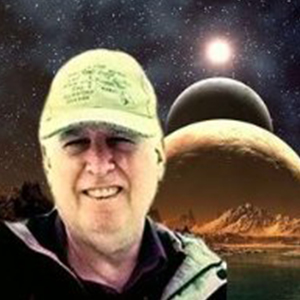 Key Projects in NGE: Co-author of the Thrice Born, Part I, in screen and book form, of Pray for the Angels, a Film and Book Trilogy; Co-author of Boots in Manhattan, Part I, in screen and book form, of The Foot Soldier, a Film and Book Trilogy; Developing Film Musical, Helped edit, write and adapt to screen many books, screenplays and non-fiction properties through New Galaxy Enterprises (see website) an developing two musicals; one for stage and/or film, Hadleigh’s Castle based on songs written with Edgar Arens and sung by Patricia Welch and Dramatic TV series with Music called The Couturier with Cathy Scarms, founder of Sat Purush, an East Indian clothing design company. Developed or modified websites for Patricia Welch, Stephanie Slevin and Cathy Scarms (for Sat Purush)

2017-2018 Coalition for Planetary Empowerment (Division of NGE): An organization is designed to empower people spiritually and practically to improve the quality of life on Planet Earth. Empowerment Protocols in CPE operate on four levels: personal, relationships, business and political. An adjunctive social network, La Planète, is under development, beginning with the United States, to give citizens an enhanced and direct voice in addressing government and corporate governance concerns.

2005 ROCKETS AWAY! Founder/Manager: Helped develop first commercial spacecraft media company. Company was chosen as provider of news and information on the private space industry to AOL,

1994-1996 STRATEGIC MARKETING ALLIANCE/RADIO TALK SHOWS: Producer/host for shows created on KDES-AM, KESQ-AM, KPSL-AM and KCMJ-AM, including YOU DESERVE IT! on travel; ARTBEAT, on the arts; DESERT BUSINESS HOUR, on business; NATURE’S WORKSHOP and. JOURNEY TO WELLNESS, on health and SOUND-OFF 3000! children’s science fiction adventure.

1989-1992 COACHELLA VALLEY RADIO STATIONS. Account Executive: Worked at KCLB (a classic rock station) and KNEWZ (a news station, sold directly to advertisers but also wrote, produced and sometimes acted in their spots (including managing a 24-gallery continual promotion for the Art Walk on El Paseo for KNEWZ).

1980 OKMULGEE DAILY TIMES, Okmulgee, Oklahoma. Front Page Reporter: Hired temporarily during a City Hall controversy where the City Manager was fired, a Grand Jury initiated and the US Department of Labor called into investigate. Was on front-page the first day I began and stayed on while the controversy continued.

1976-1980 “THE ADVENTURES OF GANYMEDE JONES” Producer/Actor Director: Before Star Wars and before the Star Trek Motion Picture series, I tried to launch a multi-media science fiction series on radio, hoping to jump-start interest in the project in other media. To this end, I produced, directed and acted as the protagonist in the series, enlisting a large number of media professionals. It resulted in a very large project that got a lot of local publicity and invaluable experience. The Adventures of Ganymede Jones was about a rough-hewn interstellar warrior who encounters the transformatory powers of an Interstellar Grail.

1967-1968 COLUMBIA UNIVERSITY, School of Continuing Education. Student: New York City, NY Student: In Columbia, I began to study Middle Eastern literature and Persian language, partially because of my studies of Rumi and my quest for more satisfying answers. It was during this period that I began to develop a screenwriting co-operative.

1963-1966 ST. JOHN’S COLLEGE, Annapolis, Maryland. Student: After three and a half years of studying the Classics, I began to think more about films, which began to enchant me with their possibilities. Whereas in High School, I was interested in philosophy and literature, I began to believe that the Western philosophic tradition was deficient and I spent a lot of private time, searching for a more satisfying point of view.

Thank you for all your enormous work shining a light where there's darkness, if or when our other selves wake up is none of our business eventually in this life or the next everyone does. A sage in India once told me after I shared with him my concern about the greedy insanity overwhelming our planet and wondered why only a handful of people can perceive the intent behind all the bullshit, He said we are here to learn and to fulfill leftover desires the reason you see it is because hundred of thousands of years ago in many many many lifetimes you tryed the same things and eventually learned that loving, kindness, giving and sharing are all that truly matter in the end the same goes for all those who feel, sense and perceive the world around them. Boy I thought , what a way to crush an ego,thinking I might have done similar things like the demons walking today, I thought, could have done a much better job on 9/11 those stupid idiots left too many fuckup's and clue's behind. Anyway the Sage in the end said EVERYTHING IS PERFECT, I said perfect, does that mean I have to like it and stand back and do nothing can I at least say it's peeerrrficcct#*! He said of course and when you perceive things you have a voice don't you, yes I said you are and artist aren't you, yes I said then paint the truth and voice the truth shine a light in the darkness because you worked very hard to discover the truth and it is your nature to share love and light when you percieve the darkness so your other selves might not suffer so much under the plans of the Egotistical thoughtless homicidal maniacs.