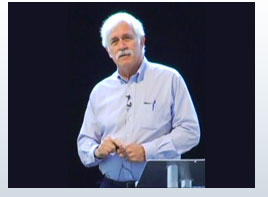 I have to admit…there are a couple of important life concepts that took me awhile to understand.  First, many of the things we encounter in our lives are not always what they initially appear to be.  And second, discovering the truth about something doesn’t always happen quickly or easily.  Based on personal experience, and many years of observation, these two concepts seem to apply equally to things out in the world as well as people and situations close to home.  Understanding these concepts has played a big part in my growth as an individual and as an educator.

After graduating from college with a degree in psychology – with little hope of getting a paying job – I supported myself and my family by working as a carpenter in the construction industry. For the most part, I enjoyed the work I was doing, but I couldn’t shake the feeling that I had another “true calling”.  Over time, I began to notice that in my daily interactions with the world of commerce there were many inconsistencies and contradictions. Eventually, I found myself drawn to studying the history, origins and foundational concepts related to commerce.  I began to understand that the commercial world we deal with every day is often not what it appears to be.  And like many things in life that take time and effort to fully understand, at a certain point it became clear to me that my life’s work would focus on helping other people understand the truth about how commerce really works. 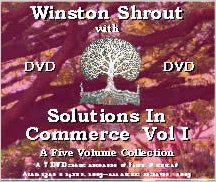 Show with Winston - inaccurate and ill-informed

Regarding your show, horrible audio notwithstanding;

Thanks - but NONE of this information is new.  As one of the marchers - I am insulted by the "assumptions" these two men make.

The march was about WOMEN'S RIGHTS - and the rights of all Americans to experience liberty and justice. Yes, there were some anti-Trump people in every march - but they were tag alongs.  If any of you "men" had bothered to actually go to the original website - you would note it was about "pussy power". The right of each women to make her own decisions concerning her own body. It's the same wish that we marched for in the 70's, 80's, 90's, 00's, and now in 2017.

The kind of ignorance spoken by these two men is just as ignorant as Trump.

Just because people are horrified by Trump's policy decisions to date - and it's only been 4 days - doesn't mean they are for the Clinton's or the Illuminati/Cabal candidates. The fact that we had two horrifyingly repugnant candidates is precisely why over 5 million people took to the streets on Saturday. We are all sick of the entire entity called the US Government. We need a rehaul -starting with 1) ending the Federal Reserve system, and 2) ending campaign financing - the same two issues I've been calling for and working for over the past 20 years.

I was in the march in Denver where over 250,000 people took to the streets of Denver. Noting like this has ever happened here before.  I talked to at least 100 people, and NONE of them expressed the sentiments of the two people on this talk show. We were women celebrating ourselves, taking our bodies back and uniting in LOVE.  Anyone who expressed anti-Trump sentiment was respectfully reminded of the reason for the march, many times handing out the flyer of purpose that each and every one of us received.

Nowhere on the sheet are the sentiments, fears or purposes these two men stated.

It's just the white men making assumptions again and ignoring women, their march, their objective, and their rights.

It's time to stop this shit. 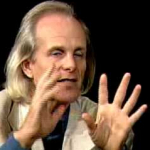