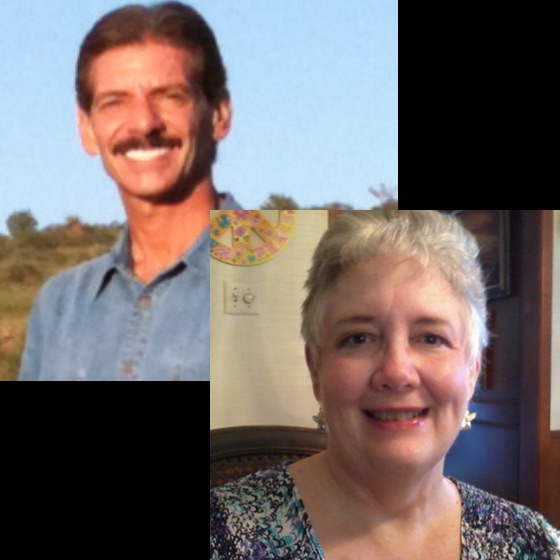 Adona and Tolec join Alexandra in an engaging discussion about the state of US presidential politics from their galactic perspectives. Adona and Tolec both carry Dakotan Pleaidian star ancestry and are long-term ET contactees. Tolec, a returning guest, is well known as an Earth-human representative of the Andromeda Council, a multi-world ET confederation hailing from the Milky Way and our closest neighboring galaxy, the Andromeda.

The primary focus of the interview concerns the transformative effects of the Trump Presidency. Tolec and Adona give us their own personal views, as well as the perspectives granted to them by their higher-dimensional and ET contacts. Adona, who is highly telepathic, responds to Alexandra's queries with information received during the interview from her guidance.

President Trump has already proven to be an "instigator and advocate" of change, as Tolec says, and this discussion touches on many 'behind-the-scenes' machinations that may prove to turn the trickle of transformation into a tidal wave over the coming weeks, months, and years. Disruption and change will become the new norm, our discussants agree.

The possibility that Trump is a 'walk-in' is among the most interesting subjects of discussion. But 'earthly' matters too are treated, including some shady characters Trump has retained in his administration, the present fierce controversy over immigrants, the role of first lady Melania Trump, and other important political issues.

As much in this discussion concerns future outcomes for the Trump presidency and the fate of the human race  -- which in many ways hinges upon Trump's success -- the question of predictive forecasts in a free-will universe is considered as well.

Adona and Tolec also discuss their work, their websites, and a series of upcoming conferences and speaking events. At GC, we have already been advertising the Transformational Shift Conference in Brisbane Australia to be held October 20-22, 2017, where Adona, Tolec, and Alexandra will share the stage as speakers and presenters. Registration for the Brisbane conference and a full listing of other events can be found at Tolec's site www.transformationalshiftevents.com.&nbsp;

Adona offers readings of clients' galactic heritage and origins at StarAncestry.com. The interview finishes with a brief but fascinating synopsis of Adona's findings about Alexandra's own star heritage.

Tolec is a human representative of the Andromeda Council, an intergalactic, interstellar and interdimensional governance & development body of aligned benevolent star systems & planets of sentient, intelligent life, for worlds in both the Milky Way and Andromeda galaxies.

Tolec’s first conscious, fully awake contact as an adult in 1993  was with his principal Andromeda Council contact person, the commander of the primary Andromeda Council biosphere who, like Tolec, is originally from the planet Dakote…  in the Taygeta star system, in the Pleiades.

Tolec learned from this man that Tolec’s soul origin was first birthed on the planet Dakote, the genesis planet of the Lakota, Dakota, Nakota and many other western Native American peoples.

In late summer of 1993, this same commander took Tolec on 3 closely clustered together, but separate, time-travel trips, via an Andromeda Council scout craft, back in time to the 1840s to an area of rural Kentucky or West Virginia to observe a family of four in their day-to-day life struggles.

Tolec’s Andromeda Council contact people indicate they’ve been in communication with him by various methods… since age 5.

Tolec says his communication with them happens via a variety of modalities:

(1) Telepathic communication while he is completely awake & conscious
(2) Communication with him in his sleep, ‘dream state’
(3) Brief ‘snap-shot’, photographic images, as well as ‘streaming movie shorts’
(4) Some automatic writing
(5) Interdimensional travel of his soul essence, as well as the physical travel of his Earth human body, to Andromeda Council biospheres where many council & sub-committee meetings are held -  where Tolec also holds a position on the “Joint Earth Council” – sub committee.

Tolec is aware of in excess of 100+ physical visits he’s had to the primary Andromeda Council biosphere that continues today. 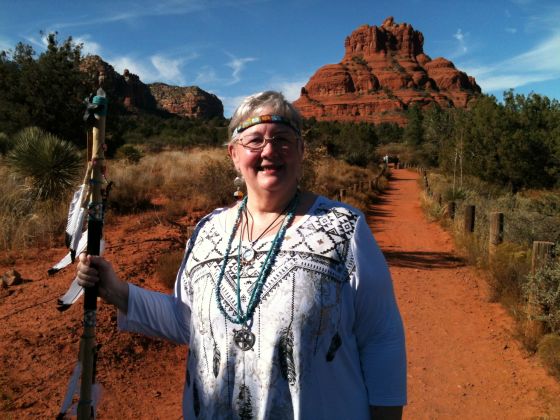 Guest Website
https://www.starancestry.com
Guest Category
Earth & Space
UFOs
Clairvoyant & Telepathic
Shamanism
Psychic & Intuitive
Guest Occupation
Telepath, Contactee, Healer, Speaker
Guest Biography
Adona was 12 years old when she first learned how to telepath with her beloved grandmother, Hester, who passed away.  Hester stayed with Adona for about seven years, helping her to teach and fine-tune her telepathic ability because her mother would not emotionally release her grandmother from this Earth plane of existence.
When Adona's mother finally released her grandmother, Adona did not see her again because 'Mamaw had moved on to another dimension.
As a child Adona did not “fit in” with the rest of the world. She felt different, a star being incarnated as an Earth human being, walking this beautiful planet that was unfamiliar to her. She felt as a stranger on Earth, but knew that she had to keep going because she was driven to finalize her Earth mission as a Pleiadian incarnated soul from the planet Dakote in the Taygeta star system.
Back in the 1987, while in her 30s, Adona asked the Creator to show her the “wonders of the heavens.”   Immediately she had a positive scout craft sighting up close, directly in front of her house in the country. Since she was practically ‘raised’ on an airport as her parents used to own their aviation business, she knew almost every identifiable airplane of this time.   This scout craft was definitely not a plane.
After this event she remembers how fast her personal life changed and how she began her spiritual awakening journey in maturity, walking this beautiful planet called Earth as a Pleiadian incarnated human being.
She began to recall a positive childhood pick-up experience by her Pleiadian friends & family, visiting with them, inside of their scout craft. They returned her home to bed six hours later.  She was about 7 or 8 years old at the time.   Her star family told her that she would not remember for a time, until later she would as an adult, so that she could to learn about her true mission here on Earth.
During her travels across this country, in 1990 Adona was named "Silver Wolf Spirit" woman by the people of the Wolf Clan of the Seneca Nation.
Adona says throughout the course of her life she has seen, felt, experienced, and continues to this day, many inter-dimensional and inter-galactic sightings & communications.  Beside telepathy, she has developed sensitivity to light, as well as the sound and vibrations of objects.

She has had interdimensional sightings of scout crafts (UFOs) in Sedona, Arizona, Shiprock New Mexico, and hundreds of places throughout the southwest and all around this country.   She also has forensically examined, photographic evidence, proof of the interdimensional portals.

She has sensed, felt, cleared out & brought in higher energies into various areas of Sedona, Arizona and on Hopi lands... helping to attune, heal & balance the energies of this beautiful planet the Creator, Wakan Tanka, has made.
Though her body was born on this planet, her spiritual star essence originated on the planet Dakote, Taygeta star system in the Pleiades, approximately 1,100 years ago.   She is the literal younger sister of Tolec, also from Dakote.   Adona has been instrumental in telepathically communcating with Tolec over the past 6 years to ensure the correctness of all the intricate details... being shared with all of humanity.
Adona says that after not speaking in public for many years, she is now rededicated to doing her mission, helping people here on Earth.   In late October 2016 she publicly spoke at the 2016 Transformational Shift Conference in Tucson, Arizona... to great acclaim.   It was the first time she has spoken in public since 1996, 20 years.
In doing this telepathic work for you, Adona is helping in her own way, informing Earth people of their star ancestry...

reassuring humanity, encouraging humanity and giving them hope for their future on Earth and in the Heavens… as a direct telepathic communicator with her Dakote, Pleiadian star family members, Ambassadors, Diplomats and other Officers directly working with the Andromeda Council, known in deep space as the:  Galactic Council.