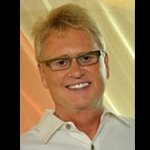 As a student of “A Course In Miracles” in the late 80’s, I was faced with a dichotomy in the idea that we are not a body.  I never understood this statement fully until I began to study Quantum Physics which tells us that everything is energy and matter is not as solid as we perceive it to be.  I believe what is stated is that at the deepest level we are not separate, as a body, as a spirit, as a soul — we are just energy-beings.

I developed and founded SomaEnergetics at the turn of the century.  I put much thought into this name, combining the Greek Word soma, meaning ‘body’ with energetics, to reflect the ‘wholistic’ idea of the body as a vibrant energy field.  I firmly believe that these sacred tones actually serve as a “vibrational bridge” to wholistic reintegration of the physical, mental, emotional, and spiritual aspects of the individual.  With interest growing, SomaEnergetics workshops were developed to teach and empower people to discover and use these long lost frequencies to enhance their lives on all levels.

Currently, SomaEnergetics conducts training classes throughout the country and is the exclusive source for the color-coded tuning forks. As of 2015, over 2000 practitioners – worldwide – have completed SomaEnergetics workshops and the number continues to grow!

Quotes from my book, Our Journey Continues... A Fork In The Road

I do believe this is the beginning of a new way in which we can bypass the resistance of the human ego and its powerful belief systems. I see natural healing therapies moving in the direction of using frequencies therapeutically as we head further into the 21st century.  This view is corroborated, in the book Vibrational Medicine by Richard Gerber, M.D.

“Vibrational healing methods represent new ways of dealing with illness. Practitioners of subtle-energy medicine attempt to correct dysfunction in the human organism by manipulating invisible yet integral levels of human structure and function.  Healing at the level of human subtle energy anatomy is predicated upon the new physics understanding that all matter is, in fact, a manifestation of energy. As science and technology evolve to make that which was formerly unseen visible, more scientists and physicians will be forced to change their viewpoint about the extended nature of human beings…”