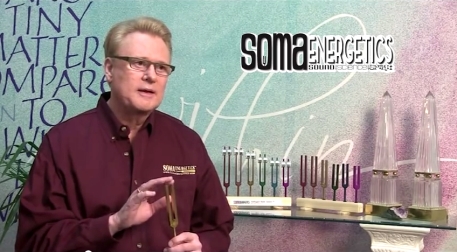 With over 40 years experience as an acclaimed Minister, Teacher, Author and Healer, David is renowned in the world of New Thought as a "Cultural Creative." Barbara Marx Hubbard writes, "David Hulse is bringing good news to the world...his charismatic style, loving nature and open mind make him a leading spiritual guide for our time."

Throughout his years of spiritual searching, David has challenged many traditional doctrines, theologies and dogmas. He has inspired numerous individuals toward a journey of self-discovery by sharing his own journey.

After receiving the baptism of the Holy Spirit at the age of 16, David was challenged to look again at many of the beliefs taught to him during his fundamental literalist upbringing. David was shown by the Holy Spirit that God’s pure word was locked up in (inside) the parables for a generation to come who would not walk as their forefathers [Psalms 78], but who would speak these mysteries plainly of the Father. [John 16:25] Confronting the challenge of his childhood beliefs, David wrestled with the emptiness and loss, leaving him angry and anxious about his future ministry.

After searching for answers in the traditional realms, David was given some information about a new scientific discovery which revealed that what was once perceived as empty space in the human cell is actually a unified field of potential intelligence. This information resulted in an experience in what David now refers to as a "cellular awakening": That the mind of Christ is everywhere and is not held in the confinements of the physical brain.

As David has traveled through various ideas about God, he now sees himself as a bridge between the old and the new. Each has a contribution to make to the enrichment of the other.

Today David is dedicated to assisting the body of Christ to grow up in every way and into all things… to full maturity, building itself up in love. [Ephesians 4:15-16] His stirring presentations of intuitive wisdom will inspire and challenge you to move from believing in God to the experiential realm of knowing God and your co-creative role toward manifestation of the kingdom of God on earth as it is in heaven.

David holds a Doctorate of Divinity Degree from the American Institute of Holistic Theology, certification in Pastoral Psychology, and is the author of "Take Another Look: A Scriptural Review of Traditional Christian Doctrines"; "Relationships: Starmates, Soulmates and Twin Flames"; and "Coming From the Heart".