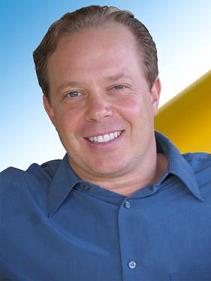 Helping You Break the Habit of Being Yourself

Dr. Dispenza’s postgraduate training and continuing education has been in neurology; neuroscience; brain function and chemistry; cellular biology; memory formation; and aging and longevity. He is an invited member of Who’s Who in America, an honorary member of the National Board of Chiropractic Examiners, the recipient of a Clinical Proficiency Citation for clinical excellence in doctor-patient relationships from Life University, and a member of Pi Tau Delta – the International Chiropractic Honor Society.

Over the past decade, Dr. Dispenza has lectured in 24 different countries on six continents educating people about the role and function of the human brain. He has taught thousands of people how to re-program their thinking through scientifically proven neuro-physiologic principles. As a result, this information has taught many individuals to reach their specific goals and visions by eliminating self-destructive habits. His approach, taught in a very simple method, creates a bridge between true human potential and the latest scientific theories of neuroplasticity.  He explains how thinking in new ways, as well as changing beliefs, can literally rewire one’s brain. The premise of his work is founded in his total conviction that every person on this planet has within them, the latent potential of greatness and true unlimited abilities.

His first book, Evolve Your Brain: The Science of Changing Your Mind connects the subjects of thought and consciousness with the brain, the mind, and the body. The book explores “the biology of change.”  That is, when we truly change our mind, there is a physical evidence of change in the brain. As an author of several scientific articles on the close relationship between the brain and the body, Dr. Dispenza ties information together to explain the roles these functions play in physical health and disease. His DVD release of Evolve Your Brain: The Science of Changing Your Mind, which was filmed in Australia, is based on the book and looks at the ways in which the human brain can be used to affect reality through the mastery of thought. He also sits as an invited editorial advisor of Explore Magazine.

In his research into spontaneous remissions, Dr. Dispenza has found similarities in people who have experienced so-called miraculous healings, showing that they have actually changed their mind, which then changed their health.

In his newly released and second best-selling book Breaking the Habit of Being Yourself: How to Lose Your Mind and Create a New One, Dr Dispenza explains that you are not doomed by your genes and hardwired to be a certain way for the rest of your life.  A new science is emerging that empowers all human beings to create the reality they choose.  Not only will you be given the necessary knowledge to change any aspect of yourself, but you will be taught the step-by-step tools to apply what you learn in order to make measurable changes in any area of your life. Dr. Joe demystifies ancient understandings and bridges the gap between science and spirituality.  Once you break the habit of being yourself and truly change your mind, your life will never be the same!

Dr. Dispenza has also developed a powerful one day course, Breaking the Habit of Being Yourself, focused on helping organizations teach employees how to change. Leaders are asking employees to break old habits that are no longer useful or productive and create new ones that better support the needs of a 21st century organization. New and better habits can be hard to create. Bad or poor habits can be hard to break. This course is different from other change programs because it is grounded in the discoveries of neuroscience. Once people understand how the brain works, change comes more easily.

One of the scientists, researchers, and teachers featured in the award winning film, “What the BLEEP Do We Know!?,”  He also has guest appearances in the theatrical directors cut, “What the BLEEP Down the Rabbit Hole” as well as the extended Quantum Edition DVD set, “What the BLEEP Down the Rabbit Hole”.  Dr Dispenza is also featured in current released film, “The People vs The State of Illusion,” where scientific and medical professionals explain the latest information of neuroscience, biochemistry, psychology, quantum physics, sociology, and consciousness theory.  It is an inspiring and compelling movie that will enlighten your mind and elevate your spirit.

When not traveling and writing, Dr Dispenza is busy seeing patients at his chiropractic clinic near Olympia, Washington. 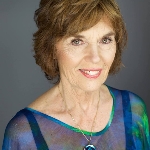