Simeon is a sociologist by training, but has transcended his academic training by extended research into a plethora of paranormal phenomena, especially remote viewing and crop circles. Simeon offers a variety of courses in remote viewing, which he has studied and practiced for 20 years, and offers crop circle tours in England for small groups. Links to these will be provided below.

Remote viewing -- non-locally accessing information from other times and spaces -- is an innate ability of human beings and long has been practiced in indigenous cultures. Simeon covers the basics in this interview, and gives us the details of his own experience and offerings in the field. He also outlines the fascinating history of remote viewing since World War 2. When the US declassified some aspects of its own Cold War programs, a number of talented practitioners began to appear. Simeon's interest in crop circles began when Courtney Brown, one of these practitioners, used a crop circle as a remote viewing target during Simeon's early training. This led him to directly perceive the energetic effects of crop circles -- both those made by humans and ETs -- before he even knew what they were.

Simeon also speaks with Alexandra about his academic research and interests, including the ambivalent effects of technology on the human mind and human culture. He remarks on the decidedly 'unscientific' attitudes of modern science in the face of paranormal events that have demonstrated indisputable statistical regularity but remain outside the 'paradigms' of modern materialist science and therefore are rejected out of hand. Nature, Simeon remarks, has a deep and subtler intelligence, which is mocked and debilitated by the reductive methods of modernity. These have been developed not so much for the furtherance of knowledge, but for control of Nature and the bureaucratized, regimented ranks of abject "company men".

Simeon speaks of human native intelligences beyond the left-brain intellect that almost alone is recognized in modern scientific circle. Individual organs and the emotions also have intelligence. Indeed, we all have a native intuition which is sensitive to our multi-dimensional existence and, if liberated, is able to discern deeper truths through remote viewing and in crop circles, as in other people we meet in daily encounters.

A black swan event awaits our society, Simeon says. The dam that was set up to contain all paradigm-busting paranormal evidence is about to break over a hapless public beguiled by conventional science. Among the most important future breakthroughs will certainly be the emergence of new technologies, long kept hidden. Simeon explains "cold fusion" as an example of how an obviously functional new technology long has been suppressed, and its discoverers ostracized.

Simeon offers many remote-viewing courses that may interest the listener. He emphasizes the spiritual and holistic benefits -- "human fusion" -- of thereby establishing a conscious connection to our intuition and multi-dimensional selves. Simeon also offers crop circle tours in England. He generously will grant GC audience special offers in several areas.

All of his sites can also be accessed from his blog at https://newcrystalmind.com. 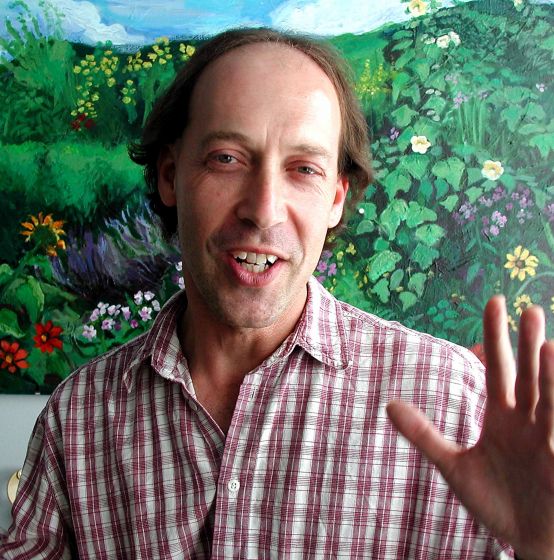 Simeon Hein received his Ph. D. in sociology from Washington State University in 1993 and is the author of Opening Minds: A Journey of Extraordinary Encounters, Crop Circles, and Resonance (Mount Baldy Press, Inc., 2002). His dissertation focused on the role of technology in social and economic change, specifically how technology can destroy information and interfere with natural evolutionary processes. A former sociology teacher, he now runs the non-profit Institute for Resonance in Boulder, CO and NYC: an organization he founded in 1997 that specializes in instructing people in the art of Resonant Viewing, Hyper Intuition, Creative Intelligence and other subtle-energy phenomena such as crop circles.

He first learned remote viewing at the Farsight Institute in Atlanta in 1996 and has also studied with government-trained viewers. His blog, which is devoted to the study of subtle-energy sciences, is https://newcrystalmind.com/. Since the publication of Opening Minds, Dr. Hein has participated in more than 275 radio and TV interviews. His most recent work is Planetary Intelligence: 101 Easy Steps to Energy, Well-Being, and Natural Insight (Mount Baldy Press, Inc.).

He also studies crop circles and takes people on crop circle tours. You can watch some of his lectures about crop circles. He also plays guitar and writes music. 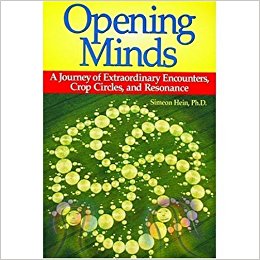