Shannon Guest and Alexandra Meadors review a unique and beautiful way of bringing forth angelic messages through personal artistic creations. Shannon is an Angel Intuitive and Psychic Artist. Through the brush or pastels, psychic messages transform into a visual reflection of Guardian Angels, Soul Portraits or other types of Guides and Teachers. Her hands are guided to create each and every brush stroke, one after another, until a portrait emerges.The process is through complete trust with her Angels, where they direct the outcome, allowing Shannon to be their conduit. Once completed, she also receives a request to relay a statement of personal meaning that will reveal the true purpose and path of the individual she is painting for. It is Shannon's belief that her gifts were granted to provide assistance in realizing the wonder and power of our true essence and that this is the sole desire of the angels.

Message that came with Painting:

I am the welcoming light at dawn, a beacon of truth to the believers. For in the wisdoms of long ages past we have understood the connections, the filaments and fibers that arrest the human soul. We have studied upon lifetimes to earn our degree and we stand forth, ready to utilize our lessons for the benefit of humanity. In the appearances that would wreak havoc upon another’s mentality we see the underlying ability to freeze the punisher and render them harmless. In the wisdom of the Universe there lies a thread which counteracts all toxic presences into light, the undying light and love of Mother, Father, God. It is by this thread of knowing that you proceed. For in a time long past, long remembered, you held the curtain of time to step through, to see beyond, to uncover the meaning of the codes of life itself. This curtain has been pulled shut, but is now reopened. It is called upon you to once again hold open that door, to allow the others to pass through, the helping of the dharma of another increasing your life force tenfold. You will be blessed, for the work that you do benefits not only those who feel it, but the birds and the trees and all who serve on a planet that has been so dim, its light was almost erased. Feel the freedom to move as you will.

A reality of sorts is what we’re starring in. However, the truth of the matter is that we are shattering old realities misrepresented and misappropriated. We have stepped forth to be the leader of magnitude and a powerhouse of integrity. For if the truth be told, what right would anyone have to deny Its presence? It is like the sun that shines and who would dare to say it is not bright? As the sun comes streaming in, it aligns the destinies of those who have offered their guidance and assistance during these precious moments of freedom. It aligns for them to reveal all that has been bestowed upon them for the benefit of humanity. A kindred spirit always lies dormant until the moment appears for that soul to spring forth, enveloping one in the wisdom of their words. It would be a treachery to deny that all that exists is not God’s beautiful bounty, and so we simply say to those who would understand, that all is not as it seems and in so justly speaking, thus we have replaced an eye for an eye with love for all. We will further the kinds of knowings that we do best - a prophetic voice of reason, and we will teach others to listen to their own heart and soul, knowing that this is the only true path to change, to love, to glory. For the wisest cannot redeem another. It is wisdom that shines true. The outcome will be swift and separated only by those dimensions which no longer hold sway. In the replication of authority you will shine, sweet lady of Yosho (sounds like Yosho, and don’t know what it means, but that is what I heard). It is now that your time to astound commences and surrounds the Earth in light. In truth you are blessed and shall lead the way, for your soul knows no boundaries. 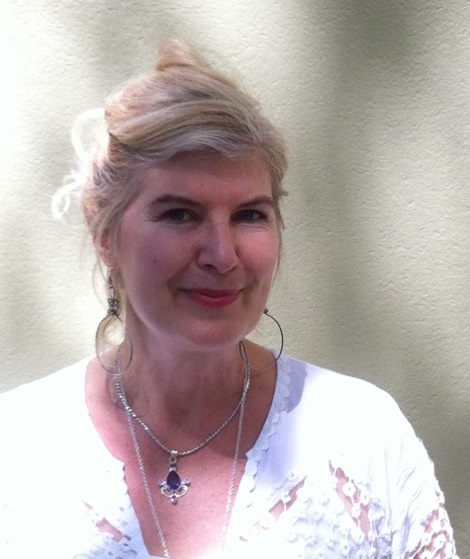 Shannon Guest began painting guardian angel portraits in 2000, after several requests were made of her to make this effort. Originally, the portraits were only available in oil media. About five years ago, Shannon began to offer the portraits in pastels, which allowed for them to be much more affordable. As everything is really just energy, the portraits may be done in person or remotely. Shannon begins her process by tapping into the soul of the person, saying a prayer, and then starts to sketch. Although she does “see” the image to some degree, her process is more like automatic writing or channelling, where the information comes through her hands. She will also hear some of the information. Several years ago, Shannon began to offer a choice of guardian angel portrait, soul portrait, or guide portrait, and recently has even had a request for a dragon portrait. If there is a specific request for another type of being that is with the person, Shannon will make every effort to comply. All three styles of portrait will include messages given through color, gesture and symbols for the person in the moment. However, the soul portrait is really representative of the soul signature of the person and will be all about the individual. Past lives may be brought in if they are important in this particular lifetime. In addition, Shannon receives an individualized channelled written message, which may be relevant in the moment or more of a broad view of the soul or lifetime.

Shannon has a great love of nature and the outdoors and is also an avid photographer, with a great affinity for seeing “spirit” in nature, in the form of symbols, faces, magical creatures, elemental beings, etc. within trees, rocks, water and literally all around us. Her belief is that these are messages and a form of communication that the natural world is attempting to give us. She has compiled a book of these photographs called “Messages from the Lorax,” which is available on her website and on Amazon. The book is in the process of being updated, with quite a number of new photographs being added and should be complete in its revision by the end of Summer 2015.