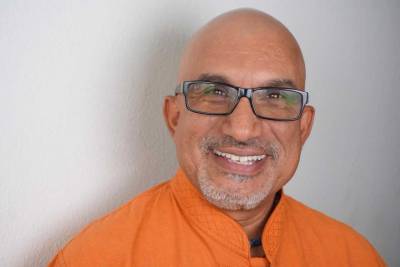 Daniel Gutierrez is a bestselling author, international master business/life coach, renowned motivational speaker and spiritual teacher.  His search for deeper truth and human excellence has taken him around the world to study with Sanskrit priest and Buddhist monks in the Himalayas and deep in the Andes and Amazonian jungle to work with Peruvian shamans.

Based in Los Angeles, Daniel has been the cover story in Latin Business Magazine and listed in its “Top 100 Hispanics in America, Cypen Magazine and most recently Color Magazine.

Daniel has served as President of PRIMER, a prestigious national leadership organization based in New York City. Mr. Gutierrez has also served as an advisor to the Department of White House Personnel for the Obama Administration and currently serves as the President of the Holistic Chamber of Commerce in Long Beach, California.

Once a high-powered executive and in-demand consultant who graced the covers of Latin Business, Cypen and Color Magazines, Daniel Gutierrez realized that there was more to success than a 7-figure earning potential. As President of PRIMER, a prestigious national leadership organization and an advisor to the Department of White House Personnel for the Obama Administration, Daniel was a highly regarded and deeply revered leader. Though Daniel was listed as one of the “Top 100 Hispanics in America” along Los Angeles Mayor Antonio Villaraigosa, actor Edward James Olmos, and CNN’s Soledad O’Brien, something was still missing.

To find fulfillment, Daniel decided to dedicate the next chapter of his life to becoming a Master of Mindfulness. During the past 10 years he has led quests to the heights of the Machu Picchu, the depths of the Amazon and the top of the Himalayas. After the boardroom, now Daniel has been guiding entrepreneurs and experts in deep dive mindfulness immersions. Though mindfulness is a lifelong practice, Daniel has become known for giving life-altering strategies in as little as 60 seconds. When facing extreme pressure, executives go from high-strung to highly productive. Daniel has even turned Wall Street cubicles from a place of stress to pads of serenity.

A beloved mentor and sought-after motivational speaker, Daniel was featured in the documentary Luminous World Views as one of eighteen world-renowned transformational thought-leaders. He is a bestselling author, who is excited to release his fifth book, Radical Mindfulness. 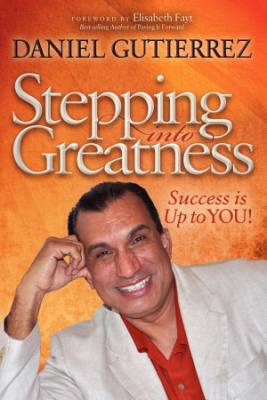 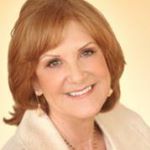 This show focuses on leveraging entrepreneurs and small-business owners toward massive income. We talk about the secrets to building an effective income-generating business, selling solutions that build relationship referrals, and developing integrated programs so compelling that your clients can’t resist saying yes. Listen in as we discuss how to eliminate debt, get a small-business loan, and walk you through the Five Steps to Financial Freedom.

Call into the show with your burning questions. Listen as guests from around the world offer do-today suggestions and provide experiential stories that support you in becoming more effective in ramping up your business expertise to make a difference in your income.