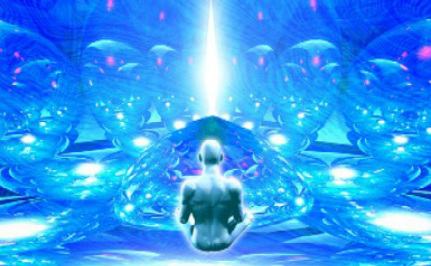 Subscribe Now!
Show Headline
A_Fireside_Chat
Show Sub Headline
Guests Andrew Bartzis, Julien Wells, Chris Hales and Larry Buzzell Birth of Galactic History
In this historic show from Mt. Shasta, ANDREW BARTZIS, Galactic Historian and Reiki Master, JULIEN WELLS, radio show host from 5D Media Network and others, CHRIS HALES in Australia, also host of several radio shows including Walking in Energy and LARRY BUZZELL with Creating5D.org and Creating5D Radio, share their perspectives on "the energies" and about the gathering at Mt. Shasta with Andrew Bartzis and Robert Potter.  In between the Conference, Andrew and I recorded 20 half-hour videos to begin documenting "Our Galactic History".  Andrew has been doing several radio shows, some twice a day, including Walking in Energy, and has covered much of the pieces.  His intent was to have the space to be interviewed, accessing the Akashic Records live, so that we can all begin to grasp the vast scope of what has happened in our galaxy and on earth, learn about the Galactic Ascension Machine and raise our consciousness in order to "graduate with cap and gown" as the Ascension Process is empowered to commence.  It has been halted for over 38,000 years with the Archons controlling the incarnational grids.  This is a vast and riveting story that is soon being uploaded on Andrew's YouTube channel, among others.  Mainly, Chris Hales, Julien Wells and I end up talking about the Shasta events and covering the enormous control systems which presently run literally everything.  We are moving out of a Disunity Consciousness into Unity Consciousness with The Event in 4 waves prior to our "graduation" or Ascension with 65% of those here ready to get their diploma!  Not to be missed.
Guest Name
Andrew Bartzis 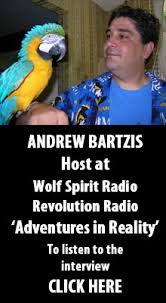 Andrew has been an active healer and psychic reader for nearly 20 years. He is a Reiki master and Shaman with many talents in the spirit world.  He also has the unique ability to be in a state of "no time", reading the Akashic Records live in 11 of the Universes from which we originate.  There are 14 more that he (and we here) have yet to explore.  He is the only Galactic Historian on the planet, taking on the enormous responsibility to document, through video and radio interviews, "Our Galactic History".

I had the great honor and privelege to attend the conference which he and Robert Potter held at Mt. Shasta last week, recording the first 20 half-hour video segments solely devoted to reading directly from the Records.  Our true history is so bizarre and vast that it is going to "blow people's minds".  We are continuing this epic task with many others, who recognize the truth in their "heart mind", instantaneously recognizable.

All of the questions about the Ascension Process have been thoroughly documented, along with the reasons why there has been no Ascension for over 38,000 years!  The years 2011 through 2014 mark "the end" of the rule of the control paradigm, the beginning of The Event, and the final revelations which are destined to rock the world.  The videos are presently being edited to add hand-drawn symbols/pictures to enhance our understanding.  His own drawings of his perception of "energies" are quite amazing and will hopefully be scattered throughout the segments.  I will be sending the links as they are uploaded, to all my contacts, and you can look for them on his YouTube channel to appear first.

Andrew grew up in north east Ohio. He is a active rock hound and Gemstone and mineral collector. He has nearly 2,000 different crystals, gemstones and meteorites in his personal collection. Andrew began his journey into spirituality at a very young age. His early childhood life shaped the future person and beyond. It is through the exploration of the childlike innocent that we learn to reclaim the full power of our purpose on this world.

Andrew is a Reiki master and teacher. He is available for special work shops for intermediate to advanced students. Andrew specializes in the hard cases, from cancer and organ transplants to P.T.S.D. and addiction recovery. He is dedicated to empower all people with the knowledge to heal themselves and their family.  He is available for private readings and healings through his website.  Currently, he is reducing the volume in order to more actively share information about our Galactic History.

In addition to the above, he hosts several radio shows:  Wolf Spirit Radio, Revolution Radio and Adventures in Reality.  Having had an experience of Andrew first hand in Mt. Shasta, while he does healing work teaching and working with others, doing readings that are breathtaking, and being healed by him myself, I can honestly say that it feels like the last 7 years doing radio have all been leading up to this point in time now, as we step up to claim our sovereign freedom and graduate in the Ascension which is assured.  How many, you ask?  65% are ready now, with incoming backlogged to enter.  When?  That is up to us and our ability to hold unity conscious, shed our egos, work as One, holding the space for all to graduate while healing and loving one another with no judgment "in the eternal now".