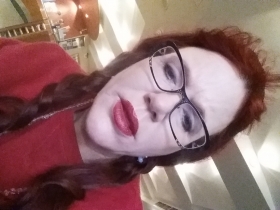 Carla’s husband tells people his wife Carla is the formost authority on the unknown. Why is this? For decades Carla has been telling those she assists that as physical death approaches, departing visions can happen.  Deseaced friends and loved ones living in spirit will return to gently escort us to an afterlife. Death is a myth. There is no end.

If she’s helping someone whose loved one is getting ready to transition from this life to the next, she will share with them afterlife reports and accounts she’s researched, experienced or witnessed. Along with this, Carla also talks with them about examples of historical departing visions from countries around the globe. Learning these experiences are universal gives grieving family and friends permission to begin letting go.  This also reduces societal death phobia.

Why is this so important? It’s essential to understand that even when in great physical pain, the physically dying will often stick around, not move on, in order to take care of hurting family and friends. If a family can talk openly about physical death, the afterlife and topics like the departing vision, a gentle passing will occur and healing can begin. Such open discussion not only helps families, but assists the dying in transitioning.

When family members can begin to let go by confronting their own fears, the physically dying will feel more emotionally comfortable in separating from their earthly bodies and making their way to the next dimension. It’s imperative for surviving loved ones to know death isn’t the end. Holding on, telling those who are ready to depart not to go, makes physical dying harder.  Historical and present day departing vision accounts help me to heal families and the physically dying.

While fully conscious, experiencers are visited by departing loved ones, those preparing to physically shed their earthly bodies and move on. We can be fully awake and receive a visitation or this can take place during our dreams. Suddenly they appear out of nowhere, give us a message and then just as quickly disappear. Souls moving on to the afterlife appear very real to those of us on the earth plane who see them. Along with this, the experiencers are often unaware a physical death is occurring or has just taken place. They may not even know the dying person has been ill or close to moving on to an afterlife existence. Because of this, the individual receiving the visitation is taken completely by surprise! Shortly after such a visitation, the experiencer discovers the person who appeared to them has just died in another location.

Many have had a departing vision, or witnessed someone they love talking to invisible visitors. With this they often ask, “What was this strange experience? Have other people seen this? Am I the only one and if not, why haven’t I ever heard about such things?” Know these encounters are normal and that people from every corner of our planet have come in contact with the departing vision.

Also considered a trauma expert, many of her media appearances have been dedicated to discussing trauma resolution. She has also appeared on several programs with her husband Michael Brandon, PhD. 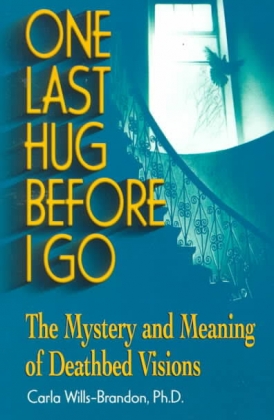