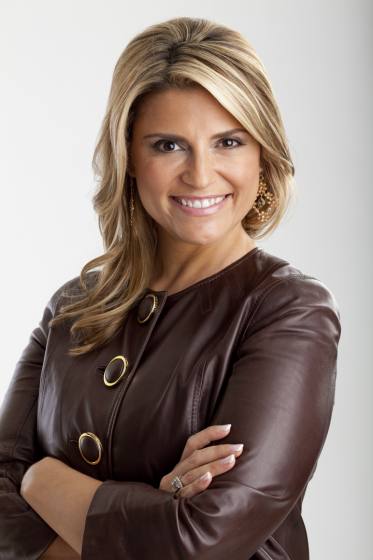 The Courage to Embrace Radical Kindness

Emmy award winning Angela C. Santomero is an original Co-Creator, Executive Producer and Head Writer for the breakthrough and award-winning Blue’s Clues. Angela is also the Creator, Executive Producer and Head Writer for the award winning hit Daniel Tiger’s Neighborhood (Emmy for Outstanding Preschool Children’s Animated Series) (PBS), as well as Super Why! (PBS), Creative Galaxy (Amazon Studios), Wishenpoof! (Amazon Studios), and Charlie’s Colorforms City (Netflix). Malcolm Gladwell referred to Blue’s Clues as “One of the stickiest TV shows EVER made” in The Tipping Point. Angela is the Chief Creative Officer of 9 Story Media Group. As CCO, Santomero leads the creative content strategy across all of 9 Story, with facilities in Toronto, New York, Dublin and Manchester. The appointment follows 9 Story’s recent acquisition of Out of the Blue Enterprises, which was co-founded by Santomero. Described by Joanne Rogers as “a modern day Fred Rogers,” and by Fatherly.com as “the driving force behind the best educational programming for children,” Angela’s work has won the prestigious Peabody award, two TCA awards, 30+ Emmy nominations, and numerous Parents Choice Gold and Silver Awards. Angela's legacy is forever changing the way in which preschoolers watch television by presenting them with unique, challenging programs that enable them to learn through play, humor, and respect - - changing the world one preschooler at a time! Angela has dedicated her life to teaching that when you treat yourself and others with warmth, empathy, and respect, life changing benefits follow. Which is why her latest book, Radical Kindness - The Life-Changing Power of Giving & Receiving (Harper Collins 2019), explores the importance of kindness and how it can change your life in this essential guide and tie-in to the PBS special, “The Power of Radical Kindness” (March 2019). Foreword by Deepak Chopra. Angela has a B.A. from The Catholic University of America, which awarded her a Young Alumni Merit Award and her Masters degree in Child Developmental Psychology and Instructional Media & Education from Columbia University (Teacher’s College), which awarded her with their 1999 Early Career Award. Angela’s children’s education background coupled with her unique knowledge of kids media and production allow Angela’s work to successfully integrate education, entertainment, and active participation which enable children to learn through play. Angela’s book, PRESCHOOL CLUES - Raising Smart, Inspired and Engaged Kids in a Screen- Filled World (Simon and Schuster’s Touchstone 2018) explores the benefits of screen time, a healthy media diet, and how parents can use strategies from screen time to promote their children's educational, psychological, and social development.

The Courage to Embrace Radical Kindness

Are You Brave Enough For Radical Kindness? If you are attentive to this show and practice the techniques we are about to give you, your life can change forever! Hi this is Ken D Foster and today our show is called The Courage to Embrace Radical Kindness.

Now Radical Kindness isn’t some new age, airy fairy concept, it’s about connecting with others on a compassionate, respectful and caring way. I am sure we can all agree that more kindness from the President on down would truly benefit everyone. As the old saying goes, What goes around, comes around. Or as you reap, so as you sow.

This is really common sense, but why is common sense so uncommon? It is because we all forget to remain calm in the face of a word storm now and again. But what if you could change that. What is you could return kindness for meanness. Compassion for Hatred, Respect for Indifference. Would your life be different? Would the world be different if we all practiced this?

Story: I had a client, who was ready to leave his wife. They were arguing every day and things were escalating. They had 4 Children together, he was very successful. She was a stay at home mom. They had forgotten the love and connection that had brought them together 15 years back and now could only see what was wrong with each other. I introduce the concept of looking only for what the wife was doing right. I told him to only return kindness, no matter what she said. Within a week, they decided to get marriage therapy and save their marriage. She realized that if he could change his attitude in such a short period of time, the marriage could be saved. They are still together and very happy. See the greatness in each other and treating each other with Radical Kindness.

According to Psychology Today:

Radical kindness is a serious, purposeful, and may I even suggest, aggressive and high impact effort to treat everyone (and I do mean everyone!) with kindness. It involves going out of your way to be gracious, offer a kind word or deed, and so forth to both those who you know and to those you don’t know.

Wow, that is radical! Do you think you could do practice this for a day, week or month? Well let me ask you this: Are you brave enough to try it? Is so, I suggest you try my 7 Day Radical Kindness Exercise: For the next 7 days, you will do your best to return kindness for rude, mean, unkind words no matter what is being said. If you say a mean or unkind word back to someone, you will need to start over until you get 7 days of only kind words in return. Now That is Radical Kindness.

By the way Radical Kindness doesn’t mean you turn into a doormat or become afraid to speak your truth. It’s not about the specific words, its about the energy behind the words.

Notice is you are upset, angry or frustrated when you speak. If so this is the area to radically focus on. Practice creating some space before you speak. If you do, you will have some strategic advantages:

Conflicts can be avoided

Your Reputation is enhanced

You get more of what you want

Your overall Well-being will improve according to research.

Try radical kindness in your life and see what happens. I can guarantee you will feel better about yourself. 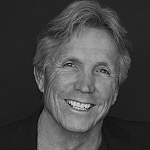