The Messenger with Carolyn Evers and Dr. Richard Presser

Caroline Evers has the ability to send a portion of her mind to the center of the cosmos where soul records are held in trust for Source by the cherubim angels. This is your record from the very first moment when Source called your soul from out of nothingness to the present moment. The information that you can find about yourself in your records again can be life altering.

Profound Awakenings occur when listening and participating in THIS PROGRAM! Bringing forth answers and wisdom from the Cherubim, Akashic Records, Guardian Angels and Creators of the Universe! Let The Messenger be your Channel into the Heart of the Sacred Divine!

My name is Carolyn Evers. I have developed my gifts over many lifetimes  working for spirit. Besides the many books given to me from the Masters, I am a conduit for their conference calls. The energy from the Masters such as Jeshua, Master Kuthumi, Mother Mary, Pope John Paul II, and Archangel Michael, and now Archangel Metatron comes to you who attend the conference call, through my physical body. I hold the space between them and you where you can not only feel their energy, but you can grow spiritually from their great knowledge and compassion. I believe these are life altering experiences and urge you to join us.

I have the ability to send a portion of my mind to the center of the cosmos where soul records are held in trust for Source by the cherubim angels. This is your record from the very first moment when Source called your soul from out of nothingness to the present moment. The information that you can find about yourself in your records again can be life altering.

My mission is to work with Masters and Archangels bringing forth information from the higher realms. I remember many of my past lifetimes where I was sent to Earth to help bring in a Golden Age. This is another opportunity to continue this work for we again approach another Golden Age. I always come with my Soul Mate who this time incarnated as my son in this lifetime. He is now in spirit and helps with this work from the other side. 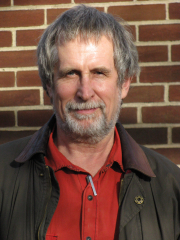 Richard was born on a farm in country Victoria, Australia. Whilst he loved the country, the connection with native and farm plants and animals this provided as well as the practical skills he learned, he never felt at home in that community.

After four years at boarding school in Ballarat, Victoria, he moved to Melbourne to attend University. Apart from 18 months in Adelaide, Melbourne and its nearby surrounds has been his home ever since.
After completing his PhD in Materials Engineering, Richard joined IBM in sales and spent some 7 years with the company in sales and management roles. In the mid-80’s he joined a small existing consulting and products business and helped grow that business to a A$25M operation in a few short years. It was a pinnacle in his business and financial success.

A year or so prior to deciding to sell the company, Richard had an epiphany of sorts, when he realised all the success he had been creating was not addressing a deep void he felt inside himself. So began a search to understand this and shortly thereafter came a crisis that led him to destroy almost everything he had created in his life. This included losing over $1M in a year and experiencing a breakdown in his marriage.

In his attempts to make some sense of his life, he investigated many healing modalities and finished up becoming a member of small yoga-based group that morphed into a cult. After some years Richard realised that, although he had learned a lot about spirituality through the group, it was not where the answers lay.

The only healing modality that brought any lasting benefit to him was Reiki and through this work became aware of a connection to Archangel Michael. Richard also studied Reiki to be able to heal himself.

He continued to investigate other healing modalities and read a broad range of spiritual material as he looked for answers. Despair was a close companion throughout this time, though underlying this was also a sense that it would all work out and make sense. It seemed like a piece of cosmic irony. He was deeply in debt, unemployed with no seeming employment prospects, a desire to keep his children in their schools… A mix that looked like it was never going to work - and yet there was this optimism deep inside him.

In investigating the connection he felt to Archangel Michael, he found a resonance with the work being done by Carolyn Evers (www.carolynevers.com). He began to participate in some conference calls with her and this work resonated deeply within him. It began a continuing unfolding that has been in part expressed in his eBook.

In more recent times, Richard has been working closely with Carolyn, and this work is deeply connected to the unfolding of events at the end of 2012 and beyond - see www.the2012countdown.com.

Richard has 5 children ranging in age from 25 down to 11. The launch of his eBook has opened many doors as people on many levels have begun to connect with its message.