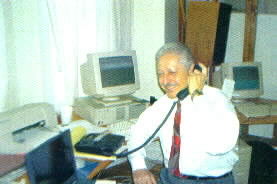 Our guest is Hector Rodriguez, president and founder of the National Latino Alliance for DC Statehood. He was born in Puerto Rico and arrived in Washington DC in 1968 after serving with the US Army in Vietnam. During the Lyndon B. Johnson administration, he developed initiatives from the White House to reverse poverty and increase Latino participation in federal programs. After his proposal in 1970, the mayor of Washington created an Office of Spanish Speaking Affairs. He has been a pilar in service and advocacy to his country and the Latino community in the US Capital for more than 35 years.

We'll talk about the possibility/probability of statehood for Puerto Rico, Hurricane Irma, the Deferred Action for Childhood Arrivals (DACA) and, of course, DC statehood! 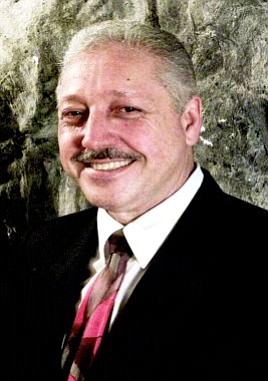 Hector Rodriguez was born in Puerto Rico and raised in Lorain, Ohio.  In 1968 he arrived in Washington DC after completion of service as a Viet Nam Era Captain in the United States Army Strategic Communications Command.

He was appointed as Program Development Specialist and was assigned to a White House cabinet level agency under former Vice President Hubert Humphrey’s office. He worked with the Federal departments and national and community organizations in developing initiatives to reverse poverty and increase participation in federal programs.

In 1970 Mr. Rodriguez served as a special consultant to the US Commissioner of Education where he coordinated programs advancing education opportunities for children in low income municipal school systems.

In 1972 he engaged our nations’ urban crisis at the National Urban Coalition. As Deputy Vice President for Cities Operations, Mr. Rodriguez worked with community, government and industry leaders on solutions for our riot torn urban centers. He assisted in organizing and managing 60 urban coalitions in our nation’s cities. He received the “Outstanding Service Award” NUC’s highest recognition for his service and contributions to our cities.

Mr. Rodriguez authored and presented the original proposal to the DC City Council, establishing what is now the DC Office of Latino Affairs which continues to generate millions of dollars in services to thousands of needy residents in the District of Columbia.

Mr. Rodriguez was appointed to a cabinet post in 1998. As Director, DC Office of International Affairs he conducted protocol with embassies and high ranking officials in behalf of the Mayor and the District of Columbia. He also developed programs to position the District for international trade, commerce and investment. Among his accomplishments was a trade agreement he authored between DC and the Republic of Panama Chambers advancing trade and  commerce .

By nature Hector Rodriguez is a creative, solutions- driven institution builder. His professional and private life has been dedicated to public service, political participation and community economic development.

Mr. Rodriguez has a Bachelor of Arts from Kent State University where he majored in Communications and Political Science. He has proven leadership abilities with expertise in government operations, program formulation, economic development and international affairs.

Currently he is President of Rodriguez Communications, a consulting firm he founded in 2003 with the goal of connecting strategic markets and expanding business networks.