HANK WESSELMAN has been a Shamanic Practitioner for 30 years, but he is also a paleo-anthropologist with a Masters Degree in Zoology, and a Doctoral Degree in Anthropology. Over the past 40 years, he has conducted research with an international group of scientists exploring Eastern Africa's Great Rift Valley in search of answers to human origins. His fieldwork has allowed him to live among indigenous tribal people who have rarely had contact with outsiders and to encounter their traditional Shaman. He has written many books, and his autobiographical trilogy - "Spirit Walker", "Medicinemaker", and "Visionseeker" - have been published in 13 languages. Last year, he co-authored the award winning "Awakening to the Spirit World" with Sandra Ingerman, and his recent book, "The Bowl of Light", gives us a privileged look into the mind of a Hawaiian Kahuna and his insights into who we are and what we are doing here. Don't miss this is a rare opportunity to hear ancient wisdom as well as startling visions of our future world and the path of the human race. 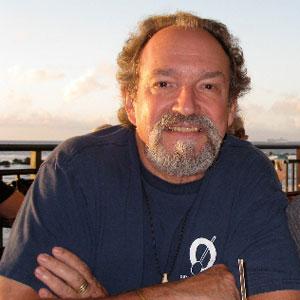 Research paleoanthropologist Hank Wesselman is one of those rare cutting edge scientists who truly walks between the worlds. He did his undergraduate work, as well as his Masters Degree, in Zoology at the University of Colorado at Boulder, then went on to receive his doctoral degree in Anthropology from the University of California at Berkeley.

A native New Yorker, he has spent much of his life living and working among traditional tribal peoples, primarily in Africa and Polynesia. He served in the US Peace Corps in the 1960's, living among people of the Yoruba Tribe in Western Nigeria for two years. It was there that he first became interested in indigenous spiritual wisdom.

Since 1971, he has conducted research with an international group of scientists, exploring eastern Africa's Great Rift Valley in search of answers to the mystery of human origins. During this time, he has worked alongside such worthies as Dr. Don Johanson, Lucy's discoverer; Professor Tim White, whose expeditions have been featured in several TIME magazine cover stories, as well as members of the famous Leakey family. He is one of the primary investigators involved in the discovery of the "Ardi" sites (Ardiptithecus ramidus) in Ethiopia--recently revealed to be the famous missing link between humans and apes that Charles Darwin predicted would be found in Africa. Hank's research is involved with the paleoenvironmental reconstruction of the sites (4-6 million years old) at the time they were laid down.

Hank is also a shamanic student, practitioner and teacher, now in the 28th year of his apprenticeship.

In addition to his scientific papers and monographs, his books include his autobiographical trilogy: SPIRITWALKER: MESSAGES FROM THE FUTURE (Bantam, 1995), MEDICINEMAKER: MYSTIC ENCOUNTERS ON THE SHAMAN'S PATH (Bantam, 1998), and VISIONSEEKER: SHARED WISDOM FROM THE PLACE OF REFUGE (Hay House, 2001). These unusual books are focused upon a series of altered state experiences that began spontaneously out in the bush of Africa and document his investigations into a hidden reality that most of us have heard about, but few have experienced directly. In his explorations of these inner worlds, Hank may have also provided us with a glimpse into the possible evolutionary future of humanity. Combining the sober objectivity of a trained scientist with a mystic's passionate search for deeper understanding, his books also contain revelations of the generally secret teachings of the Hawaiian kahunas.

His newest book (co-authored with Sandra Ingerman) is AWAKENING TO THE SPIRIT WORLDS: THE SHAMANIC PATH OF DIRECT REVELATION (Sounds True, 2010.)

Larry Dossey MD has described Hank Wesselman as an expert guide who fully realizes that he is playing with scientific and spiritual dynamite.

Hank currently lives on the Kona coast of Hawai'i island with his family, where they are involved in sustainable food production on their farm in Honaunau. He continues to write and to teach workshops across the country and abroad. 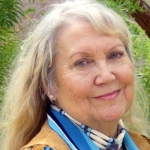 Shaman's Keep offers a glimpse into the mysterious world of the Shaman. What do they really do and how do they do it? What are Power Animals? Why do people need Soul Retrievals? And what in the world is a Psychopomp? Each week Caroline will discuss some of these topics and interview famous people in the world of Shamanism. You'll hear exciting stories about journeys out of body and into the Spirit Worlds, and amazing healings of body, mind, and spirit.

Shamanism is the oldest belief system in the world dating back more than 40,000 years, and it is just as viable today as it was in ancient times.

Tune in to learn about the compassionate Spirit Beings who want to help us, and who can bring about positive changes in our lives by removing obstacles, and healing karmic patterns and trauma.