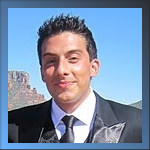 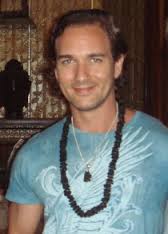 One example of a person from Generation X at work in Asheville NC is Jonah Bolt. Born in 1979 Bolt has traveled widely to over 30 countrys seeing real life issues around the world, which in turn summoned his readiness to do something impactful from both a practical and spiritual perspective. On the practical side Bolt is organizing festivals and community events that focus on renewing the spirit as well as those that celebrate progress in building local self sustainability efforts.

Bolt’s projects include organizing Transition Asheville’s Official Coming-Out Party as the 88th Transition Town in the US & The International Day Of Peace event for the Peacetown Asheville Orginaztion. He is also on the common table board of Transition Asheville over seeing the Building & Housing Action Group. He is a 'Youth NOW' Campaign Activist which reaches out to high school & college students across the globe, partned & supported be WE The World.

Other projects Bolt is organizing include “Zen 11-11”, a green self sustaining Music, Arts and Awareness Festival. Working to awaken a higher consciousness in his fellow X’ers, Bolt also hosts another radio show called Starseed Energy Radio that offers a mix of electronic music, news talk and interviews.

On the green business side Bolt is working with his father Kenneth Yolman to develop a totally self-sustainable community called the “Domain”. This eco village model has the potential to be launched off the grid and consists of 11 geodesic dome dwellings, a community center, and greenhouse as well as maintenance facility. The project will include an organic community garden, fish ponds, recreational area and playground. According to Bolt, he redesigned the original site plan based upon the sacred geometry used in architecture and art. Now “The Domain’s ‘Flower of Life’ pattern was added and depicts the fundamental forms of space and time.

As a member of a new generation of activists Bolt and others are networking and mobilizing for substantial change and they are ready to direct their youthful energy to solve real life problems. It’s all about bringing the head, heart and hands together to create a future we want to be a part of, Bolt added.

“If we’re not happy with the world as we see it, then we need to show up, get involved and be a part of this incredibly important process or no change can happen”