Welcome to Radio Toni this is Art you Deserve with Tracie Eaton. This is the first in a 6 show series with international modern artist Tracie Eaton. I am incredibly lucky to have this talented lady on our show and excited about the creative processes we will explore in the next 6 weeks. We even have a surprise planned which we will tell you all about towards the end of the show so stay tuned to see and hear what that is.

Here’s what you need to know about Tracie Eaton.

Tracie Eaton is an artist that, from an art curator’s perspective, creates “Passion-art; all who see it fall in love with it. All who see it want it. Born in NZ Tracie has made Australia her home since 2006 and has since become one of Australia’s most highly coveted artists full stop her work is in demand in Australia and around the globe full stop her exclusive commission to create artworks for nominees at the academy awards has secured Tracie Eaton as an inspirational Australian artist.

Tracie has been creative her entire life. And with the mantra of being bold, be brave, be brilliant. It's no wonder that Tracie looks at life with openness and willingness to live in an all-or-nothing fashion. There is no belief any believe in Plan B. Instead, Tracie. Chooses a path and embraces it with enthusiasm and wholeheartedness. Her expressive painting style is an embodiment of how she sees and lives. life, passionate, layered, immersed and drawing in bold color, allowing the flow of creative process to take her where the up work needs to go. Painting professionally since her 30s, Tracie Eaton dedicates her time to exploring new ways to enhance her craft and connect with her audience through artwork and creativity.

Certified in occupational therapy and color psychology, Tracie brings a depth of understanding about color and its impact to a creativity. Color creates immense energy, evoking a subconscious emotive response after and one that can be a catalyst for change. As does art. By incorporating this into her artworks, Tracie creates striking luxurious artworks that revolutionize any space and, when painting commissioned artwork. This knowledge brings her feelings and her vision to life.

Welcome back to the show Tracie, I’m delighted to be chatting to you again this week.

Modern art includes artistic work produced during the period extending roughly from the 1860s to the 1970s, and denotes the styles and philosophies of the art produced during that era. The term is usually associated with art in which the traditions of the past have been thrown aside in a spirit of experimentation.

Contemporary art is the art of today, produced in the second half of the 20th century or in the 21st century. Contemporary artists work in a globally influenced, culturally diverse, and technologically advancing world.

Abstract art is art that does not attempt to represent an accurate depiction of a visual reality but instead use shapes, colors, forms and gestural marks to achieve its effect

Psychology of color - show the template of my commissions. Color psychology is the study of hues as a determinant of behavior, and it depicts how color affects us in every facet of life. From cognitive performance to consumer purchasing patterns, each person has a varying degree of emotional responses to color hue, saturation, and brightness.

Human response to color is unique to each individual and is deeply rooted in personal and cultural experiences. For example, in the United States, yellow is often associated with the sun, and thus considered cheerful and bright. In France, however, yellow evokes emotions of jealousy and betrayal and was even painted on the homes of criminals in the 10th century.

Blue holds a diverse array of meanings that depend on geographic location. In Western cultures, blue is generally considered a calming, serene color because it is associated with natural elements like water or sky. It has also been linked to lower blood pressure and slower respiration, which is why many interior designers choose it for rooms where clients spend a significant amount of time. Blue also evokes feelings of security, trust, and authority, which is why it’s often the dominant color of police departments and why banks and credit cards often use it in their logos.

Green is also associated with nature and coincides with lush grass or trees. This color is seen as refreshing or tranquil and can often represent luck, health, and prosperity. Actors often wait in “green rooms” to calm their nerves as it’s believed to relieve stress and have a soothing effect.

Purple is thought to awaken creativity and imagination. It is often associated with royalty because historically, only the rich were able to afford the expensive items made with the hard-to-produce pigment. Lighter hues tend to exude more peaceful, tranquil emotions. Purple also has symbolic meanings attached to it. “Purple prose” is described as that which is extremely imaginative and prone to exaggeration.

The color red can take on many different emotions, depending on its use. It has vibrant, intense characteristics that elicit strong reactions, and many brands and advertisers try to capitalize on its visibility and stimulation. YouTube, for example, uses red in their logo as a way to accent their brand name and attract viewers. It also tends to fuel passion, whether it be in an aggressive, angry sense, or that of love and comfort.

Much like the color red, orange is also seen as an attention-grabbing hue. It’s considered a strong, energetic color, which is why many sports teams incorporate the hue in their mascots, jerseys, and branding. Though it is bright and jovial, it can also have the opposite effect when overused or displayed too harshly.

Yellow is arguably the most bright and intense of all pigments, and as a result, triggers strong emotions. Though it can be cheery and warm, it can also be perceived as abrasive or cause frustration or anger when used in the wrong context. Yellow is also connected to appetite stimulation, an explanation as to why fast food restaurants like McDonald’s incorporate it into their branding and marketing strategy to attract hungry travelers.

Black absorbs all light on the color spectrum and appears heavy from a visual standpoint. This is why it’s used sparingly throughout art and design, though artists looking to make an impression or evoke a “darker” feeling tend to rely on generous amounts of the pigment. Generally, black is associated with power and authority. It takes on different meanings in different contextual environments. For example, in the Chinese philosophy Feng Shui, black belongs to the element of water, and it holds the energy of power in protection. Though it has a mysterious connotation that is often associated with death and evil, cultures in Egypt and the Middle East associate the pigment with rebirth.

On the opposite end of the spectrum, white is often associated with safety and openness. It is seen as a peaceful color that projects clarity. Similarly, white has a pure, “clean” feeling, which is why it’s often used in hospitals to produce a sense of sterility. While in Western cultures, the color represents purity and elegance, in various Eastern societies, it’s closely associated with death and used in mourning rituals. 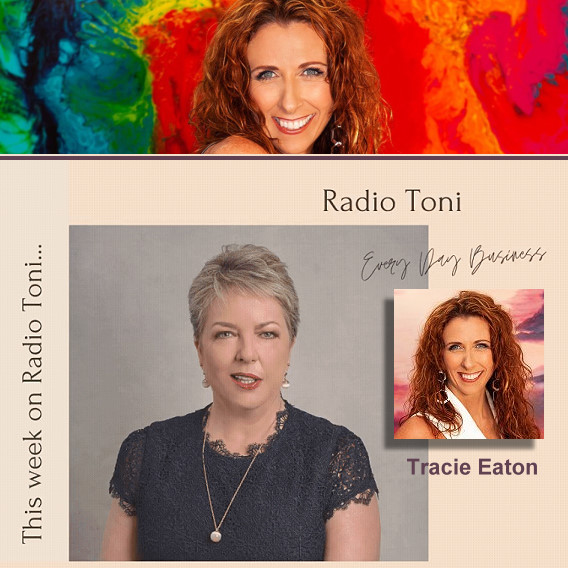 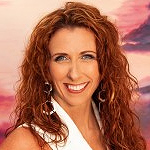 Something beautiful, something joyous is worth creating, preserving and enjoying.

The love of creating beauty to evoke joy is at the core of all Tracie Eaton creates.  Tracie Eaton’s creative style & use of strong colors, ensures that a deep sensory response is felt by all who view her artwork.

Her use of texture and contrast draws you into her pieces.  An instinctive response to touch them, to feel a part of them.

Welcome to Tracie Eaton’s glorious creativity. A personal reflection of life, love and all in between.