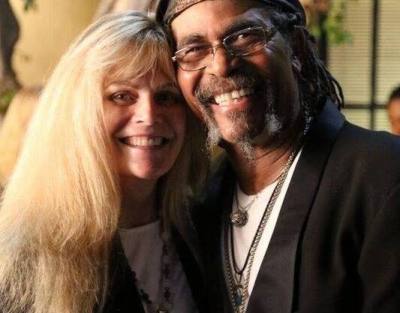 Christopher Mack has been facilitating recovery groups in Los Angeles for the past 16 years. He has been interviewed many times (NPR, LA Times, USA Today, LA Weekly, and Nightline) because he has a unique perspective about the condition of homelessness and our human nature. He is a beloved fixture on Skid Row in downtown Los Angeles, having worked for JWCH as an outreach worker for many years. He is known to many as The Urban Sage. Because Christopher used music and singing to uplift himself from the daily tribulations, he co-founded The Urban Voices Project five years ago, a choir for the urban community and underserved population.

Wanda Webster graduated from Drake University with a bachelor’s degree in Special Education and Psychology. When she moved to Los Angeles, she accepted opportunities in the entertainment industry working as a development executive and a literary agent. She discovered she had a natural gift at helping writers develop and fine-tune their scripts. Many of her writers won awards in their field. More recently, Wanda obtained a master’s degree in Education and Psychology from Pepperdine University. She created curricula for large non-profits in the areas of spirituality, social-emotional development, and addiction/recovery. Wanda has always been fascinated by human behavior and believes that supporting people to become the best versions of themselves to be her ultimate joy and purpose. 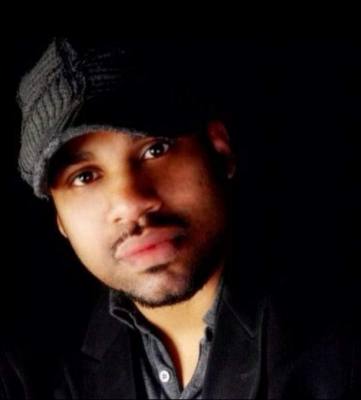 Kenneth Anderson was born and raised in Detroit, Michigan. After studying Music Education at Jackson State University with a concentration in Voice, Kenneth founded the Mosaic Singers of the Mosaic Youth Theatre of Detroit.  Ken grew his group from 8 voices to an astounding 100 voices, and they transformed into one of the most acclaimed and sought after youth choirs in the world, and took to world stages to prove it. Under his direction, the student choir performed in 30 states, seven countries, and at such prestigious venues as the White House, The Kennedy Center for Performing Arts, La Salle Sia in Singapore, Le Maison De Sclaves in Senegal and the Millennium Dome in England, among others.  They were invited to give command performances for US Presidents Bill Clinton and Barack Obama and for acclaimed author Maya Angelou, who remarked that the Mosaic Singers were “the most amazing youth troupe I’ve ever seen.”

Kenneth’s work has been featured in “The Wall Street Journal”, “The New York Times”, on Public Radio’s and PBS “All Things Considered” and on NBC ‘s “The Today Show”, and he was also one of the featured subjects of “And They Flew,” an Emmy award winning documentary.

In 2009, Kenneth left Mosaic Youth Theatre of Detroit, after serving his final five years as their Artistic Director and Vice President. During his tenure, he and co-founder Rick Sperling nurtured Mosaic into an Internationally acclaimed arts organization. As he moved forward to pursue new passions, he proudly turned the group over to one of his former students, who has since taken the Mosaic Singers to higher heights. His philosophy of legacy is rooted in his belief in sowing seeds and allowing them the sunshine to blossom. Since moving to Los Angeles to work in the Television/Film and music industry, Kenneth has continued his legacy of ushering deep community involvement. He formed the Leimert Park Choir under the umbrella of the Harmony Project, anarts organization that provides free arts training to over 2000 at risk youth in Los Angeles. Since Ken’s founding it, the Leimert Park Choir has grown from 2 members to over 50 young voices from across South L.A., most of whom are African American. Recent performances include The Grammy Museum, the Vision Theatre, and a star studded concert celebrating Jazz Legend Barbara Morrison. The group was featured as the Opening Act for Tavis Smiley at Temple Israel’s King Day Celebration, all developed and organized by Michael Skloff, television composer most noted for composing the theme song to the show “Friends.” Kenneth’s impressive a capella youth choir was featured in “Exagogue”, produced by Jewish Theatre Dybbuk at Temple Israel of  Hollywood, UCLA and as part of Grand Performances in downtown LA.

Kenneth is known also for his voice and performance coaching with adults; having worked with many artists at various levels, including artists for Universal Recording Group and LIVE the Music Group, and an elite Hollywood clientele that include stars from “Glee” and “Grey’s Anatomy”, just to name a few. Kenneth has directed and produced shows in Los Angeles,  as well as in Detroit, Washington, D.C., New York City, Atlanta, Georgia, London, UK, Copenhagen, Denmark, and Dakar, Senegal, and has collaborated with some of the greatest artists in the world on a variety of projects, including Aretha Franklin, John Legend, Amber Riley, B Slade, Sweet Honey in the Rock, and Al Green, just to name a few.

A multi-talented artist of many mediums, Kenneth’s award-winning photographic work has appeared in several fashion/contemporary magazines, newspapers and global publications, CD/album and LP covers. His striking photography was recently featured in an article in Time magazine. His unique artistic eye and his keen belief in social justice give his images an international appeal. In his occasional spare time, he enjoys singing and performing gospel and Opera. He has appeared in Opera favorites including Verdi’s “Nabucco” and Gazzaniga’s “Don Giovanni” at the Detroit Opera House and also appeared alongside living opera legend Denyce Graves in librettist Toni Morrison’s  “Margaret Garner” at the Auditorium Theatre in Chicago.

His current photo exhibit “blaque boi bleu”, which features his coveted images of diverse African American men in America, is actively touring to galleries across the nation. He plans to publish his first book of photography, humor and poetry in 2021.

Kenneth “Kayo” Anderson is currently embarking on his MOST exciting endeavor as the “Minister of Culture” at Los Angeles Community Action Network. This is a dream job! He has already formed the “Freedom Singers”, a multi-dsciplinary performance troupe, based out of LA CAN in downtown’s Skid Row neighborhood. After a personal bout with homelessness, Kayo realizied the immense need for targeted supportive services for the MANY artists who reside in Skid Row. The LA CAN arts and cultured initiative takes a holistic approach to the redevelopment and reintroduction of artists into viability.

Ken has received numerous honors, awards and recognition, including Crains Business Top Twenty in Their Twenties in 2007, the Spirit of Detroit, Alpha Kappa Alpha Distinguished Community Leader Award, and he was named as one of the 100 Distinguished Gentlemen of Detroit, by the Detroit Conversation. Most recently Ken was given an award from the National Arts Education Forum for his Creativity and Innovation in arts education.

Ken has been a continuous advocate for human rights, with a particularly spirited focus on young people, LGBT and women’s rights. He’s written several scholarly articles, including a feature in “Swerv Magazine”, garnering crucial national attention to the Ruth Ellis Center in Detroit, which provides much needed support for homeless and exploited LGBT youth.