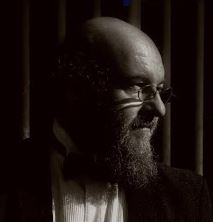 JayPee is best known to the GC audience as the host of Connecting Consciousness with Simon Parkes. The Simon Parkes interviews are broadcast at his EverBeyond Radio in collaboration with WolfSpiritRadio. Other regular guests include Alex Collier and Jessica Marrocco with the Andronicus Transmissions. Most shows are archived on JayPee's Youtube channel, Studio9Jam.

A broadcaster and musician, JayPee also works with several kinds of healing modalities, and in this interview speaks about his Seven Ray Readings, and especially the general path of human evolution that is reflected in readings of the Seven Rays. He has channeled Jeremy, his future self, for many years. These messages may be found at CrownBaseTransmissions.com and several recent transmissions concerning current events are related in this interview.

Alexandra and Jaypee have a fascinating and wide-ranging conversation. Topics covered include the waves of energy bursting now upon the planet. These are difficult, dramatic times for many people and resolution requires clearing both of the debris and detritus of this life and our past lives as well.

Among other fascinating topics discussed by Alexandra and JayPee is the history of the Earth itself. Especially interesting is JayPee's idea of a 'growing' planet. Much of the discussion revolves around our present working-out and resolving of karmic cycles that reach far, far back into the human past. This karmic quenching is one aspect of the passing from our Sixth-Ray Piscean Age with its weakness for fanaticism, into the Aquarian, where unconditional love shall be the ideal.

For the past year or so, JayPee has reawakened personal memories of perhaps the oldest human tragedy, the Lyran trauma, when the galactic birthplace of humanity was invaded and brutally destroyed by Draco Reptilians. From "Eden" to the knowledge of good and evil, humanity has traced an epically long and difficult path.

JayPee recounts the emotional reverberations of these early wars through the millennia, and ponders the moral questions concerning the human attacks in retribution, and the "secret rage of the Pleiadians." We are all refugees, says JayPee. Now we must bring closure, peace, and harmony. Now the cycles of karmic violence must cease and a new life be brought forth. Alexandra and JayPee discuss what healing and integration will be needed to repair, regenerate, and 're-fresh' our life on New Earth.

JayPee also has received transmissions on the short-term developments on the political level and shares them here. The role of President Trump comes into the discussion at several points, as well as the emergence of new technology in the foreseeable future.

Here is linked JayPee's memorable account of the Lyran Trauma.

His website, CrownBaseTransmissions.com contains a record of his channelings.

Finally, the Youtube channel Studio9Jam - a name that reflects JayPee's professional life as a musician and sound engineer, but now containing his EverBeyondRadio interviews with Simon Parkes and others, is found here.