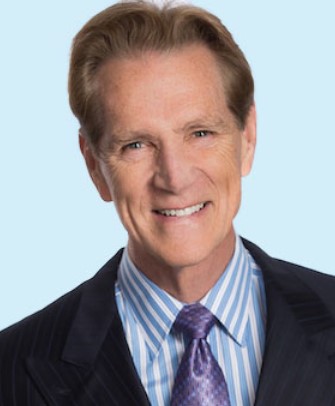 The Balanced Millionaire with Eileen Mendel

Bio: Dr. Gary Epler is an internationally-known Harvard Medical School professor and influencer in health, peak performance and leadership. He is a bestselling author who has impacted the lives of people throughout the world through his speaking engagements, books and teaching. He has been called upon by individuals from around the globe who have a rare lung disease called BOOP that he discovered. Dr. Epler is a successful serial entrepreneur as a founder and CEO of three companies including a biotech company, a nutraceutical company and a medical risk management company. He is an award-winning speaker, addressing audiences about health, nutrition, productivity and leadership.

Dr. Gary Epler has been recognized yearly since 1994 in The Best Doctors in America. He believes personalized health empowers people. He has written four health books in the critically acclaimed “You’re the Boss” series about people taking charge of their health including Manage Your Disease, BOOP, Asthma, and Food. Dr. Epler’s current book “Alive with Life” is about how to live an exhilarating life filled with high-energy, creativity, enjoyment, positive experiences and extraordinary people.

Dr. Epler discovered a new lung parasite in South America, chronicled the nutritional needs of North Afri­can children, and managed the tuberculosis refugee program in Southeast Asia. He was Chief of Medicine and Board Member at the New England Baptist Hospital for 15 years. He has written more than 110 scientific publications and given more than 500 seminars and workshops around the world. In addition to conducting clinical and research work, Dr. Epler strives to educate. He became editor-in-chief of an internet-based educational program in critical care and pulmonary medicine offered by the American College of Chest Physicians. Business Week acclaimed him for his development of e-health educational programs that enable patients to manage their health and diseases. Dr. Epler was recognized as one of Boston Magazine’s “Top Doctors in Town.”

Dr. Epler ran several marathons including Boston, New York, and proposed to his wife, Joan at the start of the Paris Marathon; and for their first anniversary, they ran the original Greek marathon together. He delivered the 20th baby from a mother who named the baby after him. He’s been one of the Boston Celtics team doctors. He has taught medicine throughout the world and was fortunate enough to save a dying infant in South America from an overwhelming parasitic infection by using the sap from a fig tree. He saved a baby who choked on a donut during a little league baseball game that he was coaching. He is a radio and television personality. He is a Hollywood screenwriter and has written a medical thriller movie, medical drama TV show, and a lifestyle reality TV show. He is active in the community. He coached soccer, basketball, hockey, baseball, and club baseball at Boston College. He lives in the Boston area with his wife, Joan. 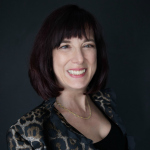 THE BALANCED MILLIONAIRE: "For High Achieving Professionals Who Want To Elevate Their Business and Maintain A Balanced Life".
OPTIMIZE YOUR INCOME & LIVE A HIGHER QUALITY OF LIFE!

Learn from successful entrepreneurs how they grew their companies from the ground up and learned the hard way what it took to get to 6-7 figurers and more. Expert guest reveal their secrets and actions that got them through toughest of professional challenges, and how it drove their success to higher profits and personal triumphs.

You have limitless potential. Eileen guides you to think and act more expansively. Train your mind to think beyond current conditions. Once you immerse yourself, you cannot go back to your old habits.

Learn the processes of creating a transformation in yourself and translating this to your career, which will also change the three other key areas of your life—your relationships, health, time, money and...FREEDOM!

Shifting Direction...You can change course and propel yourself into a proven new way of thinking that will lead to personal growth, generation of fresh ideas, and a flourishing business. You will learn how to live the lifestyle of your choosing, without dictating external stresses.

Interested in being a FEATURED GUEST on The Balanced Millionaire? Let’s chat and schedule a date for you to be on the show!