Michael Tsarion is an expert on the occult histories of Ireland and America. He has made the deepest researches into Atlantis, the origins of evil, and into the Irish Origins of Civilization.

Born in Ireland, he is the creator of the Archetypal Stellar Taroscopic Astrology System of Hermetic Divination and founder of the online Taroscopic Mystery School. Educated in the Krishnamurti tradition, he has taught Indigo Children at the New Age Academy in Berkeley California. Michael is the author of Atlantis, Alien Visitation and Genetic Manipulation.

He gives life changing classes and presentations on Divination, Hermetics, Ancient Civilizations, Secret Societies, Astro-Theology, Symbol Literacy, and the Subversive Use of Sacred Symbolism in the Media. For more information on his latest dvd's, books, and lecture series visit http://www.michaeltsarion.com/

Guest MICHAEL TSARION delved deeply into esoteric spirituality, secret societies, Atlantis, Lemuria,
the sources and origins of shared mythologies, our ancient past and beginnings, ET involvement and much more.
This is an absolute "MUST  HEAR" for those who want the TRUTH, and not the usual "inside the box"...an amazing show!
BE SURE to read Michael's book:  Atlantis, Alien Visitation and Genetic Manipulation!
http://www.michaeltsarion.com/
Guest Name
Michael Tsarion 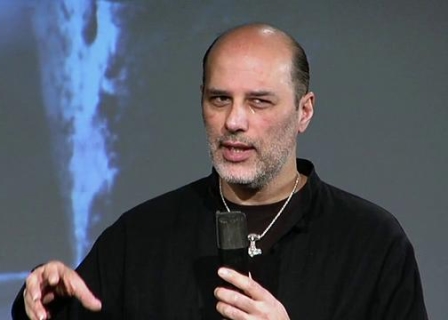 Described as a teacher's teacher, Michael Tsarion is a Divination Scholar and Sidereal Mythologist. An expert on Stellar Astrology, he is the creator of the Archetypal Stellar Taroscopic™ Astrological system of Hermetic Divination, and founder of the online Taroscopic Mystery School. Michael is a descendant of a long line of philosophers, free-thinkers, ascetics and visionaries. His Himalayan born mother was a well-loved, internationally recognized clairvoyant, whose affiliates included Barbara Marx Hubbard, Sir George Trevelyan, Jerry Jampolsky, Elizabeth Kubler-Ross, Shirley MacLane, Edgar Mitchell and a host of other celebrities and academics. She attended J. Krishnamurti’s premier college in India and was later honored as the very first clairvoyant to be a regular on Irish Television. The CEO of Britain’s Independent Broadcasting described her readings as “devastatingly accurate.”

Michael is also the grandson of Tara Singh, the renowned philosopher, author and teacher of the theosophic tome A Course in Miracles. He was the intimate friend of J. Krishnamurti (the World Teacher), Swiss architect Le Corbusier, Keith Critchlow, Alan Chadwick, Eleanor Roosevelt and President Nehru. He was entrusted, by the latter, with India’s 5-year plan of restoration after British withdrawal. Tara Singh was also played a key role in the Rev. Paul Solomon’s Fellowship of Inner Light, one of the first true American mystery schools. He now heads the Foundation for Life Action in Los Angeles.

Michael was born and raised in Ireland and grew up learning metaphysics from Krishnamurti, Rev. Paul Solomon and Peter Balin. Growing up surrounded by leading free-thinkers and mystery school creators he was under pressure to find his own authentic voice rather than becoming dependant on the systems and influences of others. He has honored his pedigree by dedicating his life to the deepest research concerning the seminal metaphysical sciences. And unlike so many, he believes in honoring the work and the names of his mentors. He takes it as a given, the words of Lord Macauly:

A people which takes no pride in the noble achievements of remote ancestors will never achieve anything worthy to be remembered with pride by remote descendants.

Intuitive since birth, he was introduced to the Tarot at age 11 through Rev. Paul Solomon’s premier mystery school - the Fellowship of Inner Light Movement and learning of its profound effect on the human intuition and its value as an empowerment tool, committed his life to bringing Tarot into the lives of others.

He has been affiliated with the Paul Solomon Foundation of Virginia, the Rosicrucian Order, the Naqsbaandi Sufi Order, and has taught indigo children at the New Age Academy in Berkeley, and is frequent guest of Seeing Beyond and KEST, the Bay Area's leading metaphysical radio programs. Television and radio shows he has appeared on include:

He has made five hour-long programs with Bay Area's KMVT television station, and has been a guest speaker at the Boeing Parapsychological Society, at Brian Hall's Conspiracy Conference, and at the UFO/Paranormal conferences of California and Washington where his presentations and lectures on Atlantis and pre-diluvian history have been passionately acclaimed by veterans in the field, such as Jordan Maxwell, Jeff Rense, Robert Perala, Brian Hall, Dr. Roger Leir, Peter Davenport, and Glenn Kimball, etc,.

Michael is the producer and presenter of the "Origins and Oracles™" series of DVDs, each of which is an in-depth exploration of ancient mysteries and forbidden knowledge.

Michael's book, Atlantis, Alien Visitation and Genetic Manipulation corrects the plethora of disinformation regarding Atlantis and the pre-diluvian epochs and addresses the exact reasons why human beings are finding themselves, existentially and socially, in the present precarious situation.

Along with Jordan Maxwell, Michael has been a contributor of information to researcher and author David Icke.

Michael's articles on metaphysics, etc., are featured in his The High Window column of the Psychic Reader, the official organ of the Berkeley Psychic Institute in California. (These columns are featured on this site in their unedited versions - go to The High Window page).