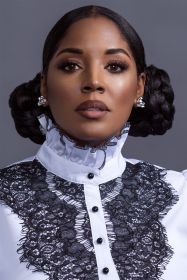 please consider author LeTisha Jackson’s “Woman to Woman: Letters from Wives to Mistresses,” surrounding women being fed the false narrative that the future looks female. LeTisha turns the concept of ‘sisterhood’ on its head by watching it crumble at the hands of women who desire married men, making them complicit in tearing apart another woman's family and forgetting where loyalties lie. Award-winning Journalist & TV Host Bridget Smith says it's "a freshly written exploration" of an old taboo topic and Jackson can comment on the following:

-The modern-day role of the mistress as a destructive betrayal of the sisterhood cliche.

-An inside look at a wife’s devastation, inviting both wives AND mistresses to speak through letters they wrote for the book and how she coordinated it.

-How the book taps into the uncomfortable, yet necessary, arena of meaningful female conversations to get on the road to healing themselves and their sisterhood.

-How to handle/what to do if the mistress reaches out to you.

So, are you your sisters' enemy? According to the book, your resounding answer after reading will be ‘Never again!’

“Woman to Woman” is not just the title of the book, but the 3 words Letisha’s former husband’s mistress said to her, making the mistress just as guilty of betrayal as her own spouse. Journaling her reactions and notes to the situation is what evolved into the weaving of “Woman to Woman: Letters from Wives to Mistresses.” Jackson’s personal experience shines a light on the negative dynamics between women that needs to be resolved to create security in modern day sisterhood.

LeTisha says, “My message and mission with this book is to change the negative dynamics within the female community to strengthen global sisterhood. I believe mistresses today know something that mistresses of yesterday didn't; that they hold the power in these illicit affairs! So, the issue is no longer the betrayal from husband to wife, but the betrayal from ‘woman to woman,’ making it clear that there is no healing without personal accountability from all parties…wives included.”

This book will help put an end to the ultimate betrayal of women CHOOSING to step into the role of mistress, which devastates wives and their families, in a constant cycle of mistrust, competition and back-stabbing, passed down to the younger sisters who are to become the next generation of women.

Be sure to check LeTisha out on her upcoming interview with Kristina Guerrero on "theLIST" TV show airing May 4th, 2022. Check your local listings.

LeTisha Jackson is the oldest of four siblings born in Detroit MI. After several years of pageant wins and a semi-successful modeling career, she would take her love of the limelight to California where she resided for 21 years. Now residing in Arizona, LeTisha is a talented writer offering “Woman to Woman: Letters from Wives to Mistresses” as her first of several projects, to spark a long overdue conversation where women can speak honestly with one another to rebuild female compassion, support and ultimately, loyalty.