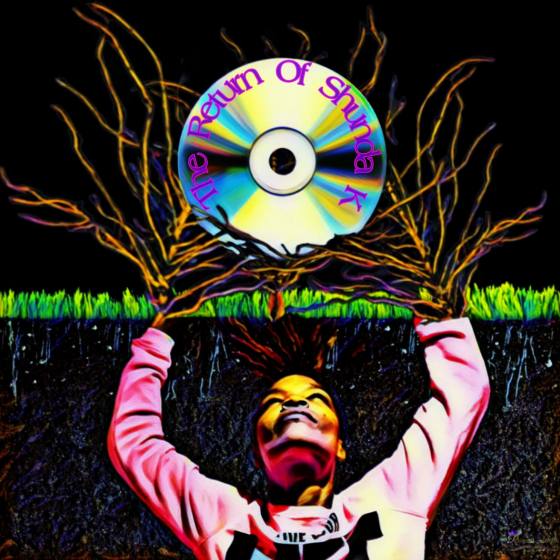 Artist or Band Name
Shunda K of Yo! Majesty
Websites
BandCamp
Shunda K Facebook
Yo! Majesty Facebook
Email Address
shundakofficial@gmail.com
Angel number 8 is a sign that abundance will soon be coming. The number 8 is itself balanced, which means that it is the number of balancing both the material and spiritual aspects of our experience. That goes to say that it has been 8 years since the debut of Shunda K’s “The Most Wanted” album in 2011.
Why now after 8 years you ask, well Shunda says, “it’s now time for the world to know the whole truth about it all, our existence, from who our Maker AhSha is to who we are as individuals experiencing a world of freewill”.
The voice of Yo! Majesty Lashunda Flowers -- professionally known as Shunda K -- is the leader of one of the fastest rising underground hip hop acts in the world -- Yo! Majesty.
As a quick talking MC, spiritual songwriter, and ambitious entrepreneur, Shunda has managed to see her Tampa-based group through to international notoriety and a record deal with Domino Records (Arctic Monkeys, Franz Ferdinand, The Kills) in 2008, all through her undeniable ability to entertain and communicate with her audience at the same time. Shunda’s sheer force of will, perseverance and patience are also vital touchstones that have played a role in her success – she’s no overnight sensation.
"We said we were going to get a record deal, we said we were going to be superstars, we were going to perform all over the world, we said all of that," says Shunda, a.k.a. LaShunda Flowers, 38. "And it happened. We made it happen. So we got what we wanted. Now, this time, it's going to be bigger than even I imagined as a solo artist. The truth indeed makes us free.”
In the mid-2000s heyday of MySpace, Yo! Majesty rose quickly to digital fame in America (they played both Coachella and South by Southwest) and abroad. The frenetic electro-pulse and raw carnality of their 2008 debut Futuristically Speaking…Never Be Afraid felt fresh and inspired at the time (and in many ways still does today).
On the solo side of things, NME named Shunda K to its “Cool List” and earmarked The Most Wanted’s first single “Here I Am To Save The World” as one of “10 Tracks You Need To Hear”. iDJ (UK) declared “Razor sharp drums, old school synth stabs and the Florida rapper's stylish, supercool vocal make this one more essential than a spacesuit on the moon” and Roctober made it known that “The Yo! Majesty goddess is going to make the underground so overground it will just be called 'ground.'“
The New York Times profiled Yo! Majesty alongside Santigold and Kid Sister; NME hailed them as one of America's best new acts; Spin wrote them up multiple times. Most profiles mentioned a few well-trod talking points: They were lesbians, they rapped explicitly about sex and more broadly about God, and their live shows were wild affairs.
"Religion is out the door," Shunda says. "I’m older now. I’m not a child, believing in fairy tales anymore. I know that life is what we make it. Nobody's going to come save us. We've got to save ourselves. That's what I’m on — self-empowerment, loving yourself."
Yo! Majesty takes the credit as the most notorious openly gay hip hop act and has served Shunda as she has served it, giving her a cushion for growth into knowing and becoming more secure with who she is: Gay with so much love ahab for God, whom she calls AhSha.
Character, integrity, and morale matter the most to Shunda. “I've just been restructuring my career and my life after breaking away from the former members of Yo Majesty. I had to take some time away from the industry to truly find myself and what my purpose in this earth truly is. I have a pretty good grasp on that now.”
Shunda K has recorded with various producers from all over the world including Brittany Coney (NovaWav), DJ Deekline & Pure SX, DJ Flore, Fort Knox 5, A-1 Baseline, Machine Drum, Baraka, and many more.
Shunda K is set to release a new mixtape that will be available for free download entitled SK11 Flashback To The Present hosted by DJ TAYY, a native of Saint Thomas, Virgin Islands. The mix features various artists and producers Shunda has worked with over the years and will be a special treat to her fans as a reintroduction to the emcee.
Confidently speaking, I feel like I'm untouchable when it comes to the mic. My whole thing as far as an introduction is that Im "The Most Wanted...Cause So Many Niggas Fronted", "The Best to Eva Came...Grande Dame'...in other words, can't nobody fuck wit it!!!
Dance
Dub
Electronic
Hip Hop
Music
R&B
Rap
Trip Hop