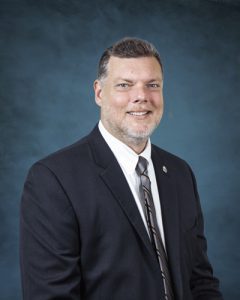 Joe Marino, the Executive Director of Veterans Florida, is a West Point graduate and former US Army officer.   During his time in the Army, he was a commissioned Air Defense Artillery Officer.   Following his military service, Joe spent eight years working for the State of Florida in various capacities.   Joe has been active in Florida Legislative policy regarding military, veteran and defense economic development issues since 2002.   From 2002 to 2006, he also worked as a legislative analyst on the Florida House of Representatives Military and Veterans Affairs Committee.   From 2006 to 2008, he was Deputy Legislative Affairs Director for the Florida Department of Veterans Affairs, advocating for Veterans issues and the departmental budget.   From 2008 to 2010, he was the Governor’s Office liaison to the state’s military installations and communities.   Prior to his time with the State of Florida, Joe was a recruiter assisting separating military officers find employment with Fortune 500 companies.   Joe founded a trade association in 2010 for Florida defense businesses working to improve their business climate in Florida and to connect defense businesses for opportunities all across the state.