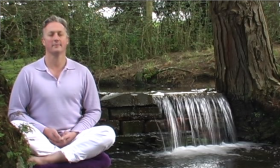 All my healing is complete and now my angels want me to get back into enlightenment.  And to that end, they have taught me highly advanced enlightenment exercises of meditation, contemplation and prayer that I have not discovered elsewhere.

So, more recently, Mother Mary has been training me in self-mastery and considers advanced inner child recovery to be one of the most necessary ways to achieve inner completion and contentment.

And, therefore, I now make myself available to clients, in need of assistance, on the path to healing and ascension.  Ascension teachings, Mary tells me, are not fully understood, and need more clarification.  And, as the angels are very concerned, the world is in much disruption and change, and so, many people will need powerful help in the near future, when the planet goes through some upheaval, as is clearly being see already: scientifically, economically, socially, and environmentally.

Mother Mary’s teachings and healings are always available and are certainly not at all fluffy and full of empty comfort, as some might expect.  Her training is advanced but reaches all levels of need, providing peace, comfort and calm, and at times, where necessary, cathartic, painful and dramatic, with an unexpected burst into a powerful new awareness of inner realm.