The Tazz and Paula Show with Tazz Powers and Paula Nunes

We invite you to join us every week on a journey where science and miracles meet uplifting consciousness!

OUR PROGRAM MISSION IS TO:

E mbrace the mysteries of our universe as they unfold.
A waken to the power within each of us.
R aise consciousness within our communities.
T ransmute anger and fear into love.
H eal Mother Earth as we heal ourselves.

If you have a mission or a joy that leaps from your heart, we invite you to join our radio show where doors are opened for community and self-empowerment.

Tazz and Paula bring to you mind expanding interviews with leaders in the fields of health, spirituality, politics, science and more. Their warm and intimate interviewing styles bring out the magnetic charm and essential thoughts of some of the most extraordinary people you will ever listen to.

The Tazz and Paula co-host combo began in 1989 in Cupertino, California when a mutual media friend urged them to meet.

The result of their introduction was exhilarating. Paula invited Tazz’s TV camera crew and radio taping devices into the BOOK JUNCTION (Paula’s bookstore) every Saturday afternoon, where they simultaneously taped live TV and radio programs with guest authors from around the world along with audience participation. The television videos were also played for the greater Bay Area Community channels, while KEST, 1450 AM, aired the audio portion.

After a year, circumstances took Tazz and Paula in separate directions, but they met again in 1995 and resumed their love of live dual-host community radio programming on 91.5 FM, KKUP in Cupertino, California. The cutting edge program “Embracing Mother Earth,” currently airs every Thursday.

If you have a PASSION for LIFE and would LOVE to SHARE IT with our LISTENERS… we are all ears. 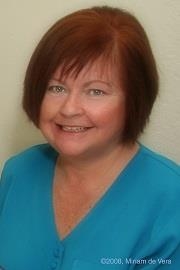 Paula is the founder of “Focus,” a women’s networking group, in which she loves helping women to promote themselves.

Since 1996, Paula has co-hosted and co-produced a one-hour community radio program called “Embracing Mother Earth,” on 91.5 FM KKUP in Cupertino, which is a cutting edge radio show uplifting consciousness.

Beginning July 2002, Paula along with her partner have begun a second show called “Sacred Sights,” on 1080 AM KSCO in Santa Cruz, California. They invite you to join with them every week on a journey where science and miracles meet, it’s where all essences of truth can be shared freely – AND you will not hear it in the news!

After retiring in 1990 as a manager from corporate America, Paula Nunes opened a bookstore in Cupertino, California in 1991. During her five years of ownership, she sponsored and planned events that brought in big names to the community, i.e. Gregg Braden, Stuart Wilde, Mickey Hart. In addition to these events, she implemented the format of live televised/radio interviews with authors from her store; in this way Paula met Tazz.

Paula has traveled nationally and internationally, teaching Louise Hayes classes and giving private intuitive sessions. She is known for her gentle compassion and mature wisdom. 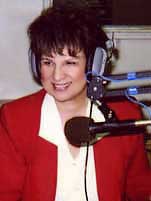 Tazz was born in Hartford, Connecticut and moved to southern California with her family at the age of 5. She married at 18. Tazz has a son and daughter that she adores! She derives great pleasure from her four grandchildren, 25, 22, 11, and 9 years of age, and one great grandson – 9 months! Time passes quickly, and great surprises happen! Oh my, put her by a tree, a lake, river, ocean, or the mountains and she’ll be at peace forever.

In 1985-1987, Tazz worked with PEOPLE and PROGRESS television programming on Heritage Cable Television, Channel 2-B in San Jose, California as a Program Director, Associate Producer, and Marketing Public Relations Director. She successfully hosted her first television show, entitled “YOUR FACE, THE ROAD MAP TO SUCCESS.”

In 1987-1994, she produced a one-of-a-kind television show, “POWER PROFILE,” that offered an exciting opportunity for ANYONE to share his or her unique talent or gift to help the universe develop and grow. Tazz had five (5) live and viewing audiences on television (San Jose, Cupertino, Saratoga, Los Gatos, and Alameda Community Channels). The program brought the Host, Guest(s) and Audience together on one stage. Tazz counseled the guest (author, musician, etc.) in presentation days before airtime. The show was extremely effective, making it easy for each guest to be successful immediately with professionalism. The outcome was a live video promotional package that would share his or her joy in life with others afterward.

Tazz’s specialty in igniting people’s power was made easy with an incredible new research that she used, that pinpointed one’s personality through his or her physical structure. It is called Personology (the “Science of People). Tazz loved applying Personology … and through that work she became a Television Producer, after a Television Producer saw her reading faces at an event where she was sharing with people how they FELT, THOUGHT, and ACTED. Her field of expertise was then applied to the exhilarating world of television broadcasting.

Co-Author of “Catch Me! Catch Me!” (a personology relationship book), Tazz Powers has lectured to thousands from 1987 to the present day through TV, radio, and speaking engagements. With her extraordinary counseling techniques, Tazz has helped hundreds in management, vocational guidance, empowering couples, parent-child development, and sales. She couples personology with astro-numerology, an exceptional system she received after a near-death experience. Astro-numerology has become a potent process for mind, body, and soul advancement for her clients.

In 1996, she became a Co-Host Producer with Paula Nunes on a “live” one-hour community radio program called “Embracing Mother Earth” on 91.5 FM KKUP in Cupertino, California (demographics: Monterey, Santa Cruz, Santa Clara, San Mateo, and Alameda counties). Their purpose is to present authors and individuals that have unique talents or gifts to share with their listening audience … unveiling mysteries and helping others to get excited about life again … bringing back to Mother Earth and her people a shared lineage of knowledge, wisdom, and compassion to allow a new vision for our future home.

In July of 2002, Tazz along with Paula continued their passion of “live” dual-hosting and produced a second radio program to their agenda. It was called “Sacred Sights” on 1080 AM KSCO in Santa Cruz, California. The demographics stretch northward to Sacramento, along most of the Pacific Coast, and southward to Bakersfield. Their program was aimed at uplifting consciousness. Paula and Tazz invited their listeners to call in and share their views freely with guests, who captivated the listeners with views not necessarily in the news.