Talk and Tech Paranormal with Keith Bailey and Kelly Miller 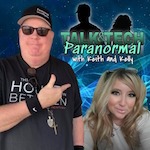 Talk And Tech Paranormal with Keith Bailey and Kelly Miller

Welcome to our interactive, educational show that journeys into all-things paranormal.  Experienced guests, client-case assistance, or just going down the realm's rabbit hole, we are your duo.  Our mission to spread light while validating the dark, immediately sets us apart, and we can't wait to have you join us.

Talk and Tech paranormal is an All Inclusive Paranormal Talk Show covering all things Paranormal and Tech Use where the Listeners and Viewers can actually be a part of the show not only as a Listener or Viewer but also as one of our future guests. 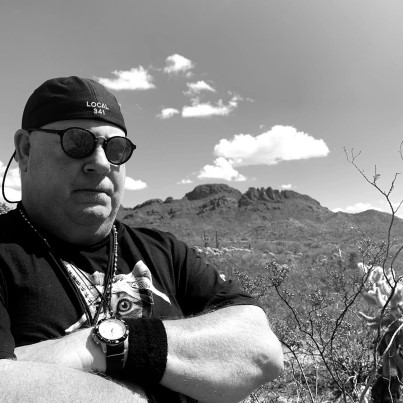 Keith Bailey was born and raised in Houston, Texas. From the age of three (3) Keith knew he wanted to be a firefighter. At 16, Keith would visit his neighborhood fire station to hang out with the firefighters with hopes of learning the ropes. By 18 years old he was volunteering. Keith obtained his professional firefighter certificate at age 20 and was hire full time by the Houston Fire Department. Keith spent 30 years leading the Houston Fire Department as a Captain.

Firefighter dreams realized Keith began to experience the paranormal at the age of 12 after his grandmother passed away. He was very close to his grandmother and her death fell heavily on him. Two weeks after her passing he would wake to find his grandmother standing at the foot of his bed. His initial fear turned to calm when he realized it was his grandmother. As if to say, “I’m with you always.” she reached out and gently held his foot. And with that the encounter was over. From then on, Keith knew his grandmother was watching over him, protecting and sheltering him. A year later and after a tonsillectomy, Keith would find himself violently ill. A simple medication to control vomiting would put him in anaphylactic shock/cardiac arrest. Thankfully, an ambulance arrived to give him medication to reverse the effects before brain damage occurred.

During this event, Keith walked down a hill until he came to an open pasture where the colors where bluer than blue, greens were greener than green, and songbirds sang beautifully. He came upon a bench next to a lake where his grandmother was sitting. He sat down next to her and ask, “Where am I?” With her forefinger over her lips, she gently shushed and comforted him. When she finally spoke, she told Keith he would have to go back. With these words, Keith immediately began to hear his mother calling out to him. Chaos ensued as Keith awoke from his near-death experience. His parents were crying, doctors and nurses were calling out orders, and beeps from monitors filled the air. This event left Keith was a sense of higher calling without a purpose.

Still trying to understand the event with his grandmother, Keith would have a dream about his best friend, Tim. In the dream he envisioned Tim happy, energetic and full of life. But, the dream quickly turned dark. He awoke in horror with the knowledge his friend would soon succumb to injuries he could not explain. Within two weeks Tim would be hit by a car while skateboarding and lose his life. It soon became clear to Keith the purpose of his higher calling: giving voice to the dead.

Since these events, Keith has dedicated himself to better understand life after death with the sole purpose of giving voice to the dead. L-R Steve Tango, Keith Bailey, Dustin Pari, Grant Wilson. Over the past several years, Keith has begun to investigate on his own in hopes to help others who have experienced paranormal activity. To date, Keith has investigated numerous historically haunted locations, private homes and fire stations to help explain the paranormal activity going on within.

He has also spent years attending paracons throughout the United States where he began to connect with many that he now calls colleagues. When he has questions about a subject matter he is unfamiliar, he turns to a plethora of friends and colleagues in the paranormal industry such as John Zaffis, Jay and Marie Yates, Dustin Pari, James Annitto, Jack Kenna, Ellen McNeill, Jeff Adkins, Todd Bonner, Grant Wilson and Joe Cetrone to help him sort out his questions.

Keith is also an avid drummer and hunter. He draws most of his inspiration of drumming from Neil Peart. Keith has been playing drums for over 30 years. He writes lyrics and enjoy performing with other band mates. Behind the drums His passion for hunting resides squarely in native American history where you give thanks to the land and the nourishment it provides. Many of the animals he takes are donated to local food banks to help feed the hungry and under-served.

After over 30 years in the Fire Service Keith retired to follow his dreams and passions in the paranormal industry. With so many of his paranormal celebrity friends and colleagues supporting those dreams, they especially recognize his expert investigative skills. They have encouraged him to seek out a team where his skills can be utilized to their fullest extent. Not only will Keith bring his expert investigative skills to your team, he also brings maturity, leadership, compassion, dedication and a sense of drive. Instructor at Firehouse 2019 As a fire captain, Keith’s crew was only as strong as his weakest member. In order to bring balance and safety to a life-threatening fire scene, he learned to utilize limitless strengths. 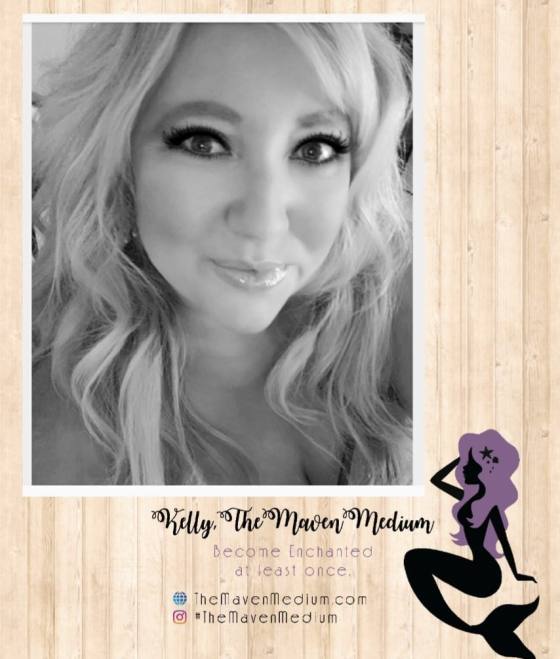 Kelly Miller, has established herself as one of today’s premiere psychic mediums, through her lifetime of research, preparation, and training. She prides herself on practicing her craft with the highest standards of respect and care. Kelly’s motto is and always has been; "A positive, professional, peaceful experience for calm, comfort, and closure." In addition to private and online appointments, Kelly offers group gallery readings and public appearances, teaches workshops, lectures, and trains and assists fellow paranormal professionals and teams. She is also a holistic healer, published author, and non-denominational minister.