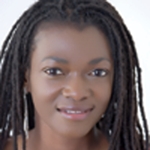 To be sovereign is to be self governing allowing one to be spiritually and physically free to choose without silently imposed navigation. Join Sonia each Wednesday at 9:00am pst as Sovereign Mind explores the nature of the game, the game players and the strategies in place to hold you spell bound and distracted. Informed guests will bring insight to the silent side of corporations, spiritual concepts science you informed and to provide solutions in moving beyond a matrix of control. Sonia digs deep in the questions presented to her guests stimulating exciting and mind expanding dialogue. 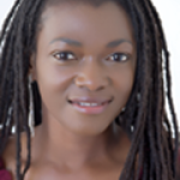 Sonia Barrett like many has been a seeker of more expansive knowledge since childhood. Her curiosity and persistence has guided her to a greater understanding of the veils behind which collective conscious is shrouded. Sonia was born in Jamaica and at the age of 13 along with her parents she moved to the United States. She later attended Roosevelt University in Chicago and majored in voice, pursuing a career in the entertainment industry. Her curiosities of the journey lead her to further studies of the science of the body and the process by which it is interwoven into the third dimensional matrix; a matrix spiraling out of an infinite number of other matrixes. Self empowerment is the foundation of all that she shares. Dependency is not encouraged. Her layman understanding of Quantum Physics widens her ability to intercept the simultaneous nature of timelines

Sonia Barrett’s work is an embrace of science and spirituality as one in the same. She is the Host of Sovereign Mind Radio program, www.sovereignmindradio.com, which airs on Inner Light /Radio and BBS Radio, she is also the founder and publisher of New Corporate Body Magazine, www.newcorporatebody.com and author of The Holographic Canvas, The Fusing of Mind and Matter; she has written many articles exploring time travel, immortality, ascension and the science of past lives. She has been interviewed on a number of radio programs. Sonia currently presents workshop or what she has termed “Memory Lectures”. The principle of these Memory Lectures is to reawaken the memory of those attending. As noted on the back of her book “the answers are all tied into the forgotten past and like the single cell of a plant our history is encoded in our cell, DNA and the air we breathe”. Sonia presents concepts and ideas that stimulate thought and revives empowerment. Her objective overall is to present clarity, insight and definition to a word now commonly used; the “matrix”. She aims to write and present material which cut right to the heart of the matter, presenting a realization that we have lived our lives as programmed beings, from birth to death, at least for many. She boldly questions the concept of death; exploring the original design of the body supported by an elevation in consciousness. Her information is sought globally.

NATURE OF THE SHOW

Sonia Barrett book, The Holographic Canvas by Sonia Barrett - explores many possibilities one of which raises the question is Earth as we know it but a matrix or system of programs? Is death then a necessary process or is it simply part of the matrix program? Is it then possible that the concept of dying will cease to exist once humanity uncovers the deception?? Sonia Barrett proposes that human bodies are vehicles not yet turned on but designed to make molecular modifications according to the vibration of our consciousness. She takes us on a journey of our existence in a holographic world, as she states ?a virtual game; an assortment of illusions strung together by the brain and the mind. It?s an exploration of the illusion of a solid world generated by fluid movements against a canvas of energy, all of which is taking place against the backdrop of the void.? Barrett concludes that the answers are all tied into the forgotten past and like the single cell of a plant our history is encoded in our cells, DNA and the air we breathe.