Lanaia was not able to join us, because she was ill. We spoke about the Crystal Skulls, but are reserving the discussion about the Skulls of Salvation for another date. We'll keep you posted. The book is set in modern day, takes the reader on a quest to save mankind through the jungles of Belize and the Mayan ruins led by Damien, a disciple of Archimedes, one of the Kings of the Lost Continent of Atlantis. He and his beautiful wife, Ionna, are in search of the missing legendary Crystal Skulls of Belize which are said, when all together, to have the powers to save mankind from the total destruction predicted to take place on December 21, 2012. 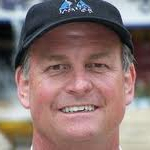