Wish Upon A Star with Anndell V. Banks and special guest Heather McKenzie Poet and a scholar

Heather McKenzie was born on the Island of Jamaica and immigrated to the United States at the age of fifteen. She has always had a great love for words and languages. Her life long desire and dream have always been to study foreign languages. Heather wrote her first two poems, “Christmas Tree”, and “Little Robin”, at the age of twelve. She was inspired when she became delighted about a decorated Christmas tree planted out side her grandmother’s yard in Jamaica and about a little bird, she called Robin that she watched building its nest. Heather holds a Bachelor’s of Science degree in Business Administration from the University of Baltimore and is an Alumnae of Baltimore City Community College. 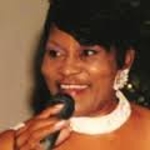 "Wish Upon A Star" is a dynamic program dedicated to spotlighting talent in the arts arena.  Conversations discussing the challenging elements of visual, musical, literary, painting, and the performing arts. We will interview professional guests in the fields of entertainment law, copyrighting, studio recording, songwriting, publishing, and other topics in these highly creative and challenging fields."