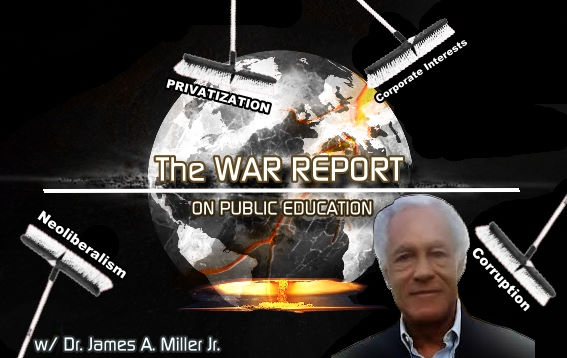 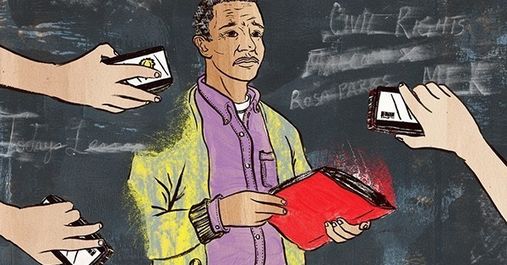 Critical Race Theory, Part 4 - this will be a two-hour show!

1st hour - Continuation of 'Critical Whiteness Theory' - What it is in schools K-12, the education policy, critical pedagogy and breaking down Critical Social Justice Theory in education focusing on the way racialized practices construct race theory that maintains a racial hierarchy that 'privileges' Whites and 'marginalizes' students of color.

2nd hour - Recap and continuation of 'Critical Race Theory' and why more states are declaring war on CRITICAL RACE THEORY. This war will continue to 2022 through 2024 and beyond with my prediction of NO END IN SIGHT!

We have one more presentation on Sun., Oct. 24 to wrap this series up and all 5 Parts will be available on podcast format for future listening. Also importantly, I will identify NEW books for kids, parents and teachers on 'Anti-Critical Race Theory'. Please join us! 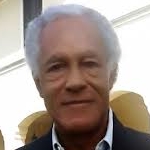 The format of THE WAR REPORT ON PUBLIC EDUCATION explores one of the most important events in our life time - the total takeover of our educational system by corporate interests. This show is about the 'corporate' war on public education and the rising public resistance movement to the war. Dr. James Avington Miller, Jr. invites guests from all over who join the rising public resistance movement against the corporate greed taking on our public school system. He is interested in growing a grass-roots movement here in the United States and in Europe against the 'corporate interests' that are limiting both teachers and students everywhere.

This October 2015 he is taking his show on the road as he embarks on a very special project. His long awaited project ‘The People’s Story' is an effort to reach out to those individuals whose voices are not being heard in educational arenas everywhere. He will be interviewing, filming and collecting stories from parents, teachers, students and community members in the rural and urban areas of the Eastern United States to include Maine, Connecticut, Massachusetts, New York, New Jersey, Maryland and Washington D.C. Many lives are being impacted and harmed by the ongoing corporate war on public education that exists today. The consequence of the rapid privatization of our schools is inhumane and devastating to our teachers, schools and most importantly, our children.

His primary mission is to create a documentary/television series for PBS and the Arts & Entertainment Channel that will expose the human cost of man’s inhumanity to man. The objective is to document people’s stories from each state and create a one hour TV Episode for that state evolving into a 30-35 part series. Dr. Miller expects to have the first TV show ready by next summer. This will propel the ‘corporate war on public education’ front and center as a local, state and national campaign issue. Determined to awaken the world on a national level by providing a series of programs that will lead to understanding the whole picture – he hopes to demand an end to the Corporate Elite and their destruction of public education.

Dr. Miller is seeking funding for ‘The People’s Story’ project from friends, family and the public to cover the expenses that this will entail. If you care about the future of education, please support this most important project and be part of history in the making. This has been and will continue to be Dr. Miller's dream to complete and certainly his life's legacy.