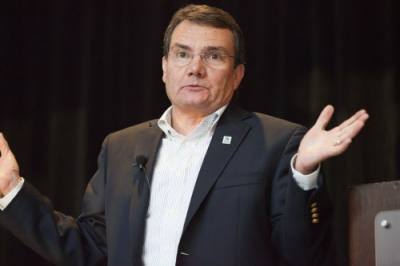 He began his career at Habitat in 1993 managing programs in Sri Lanka and India. In 1996, he moved to the U.S. to serve as executive director of Habitat for Humanity of Marquette County, Michigan. In 1998, he joined the U.S. field staff before returning to international work as operations director for Habitat’s work in the South Pacific in 2002. Returning once again to the U.S.in 2004, Andrews was assigned to lead Habitat’s largest corporate relationship, Thrivent Builds with Habitat. He was then assigned the position of senior director of U.S. Operations. In the aftermath of the devastating earthquake in Haiti in 2010, Andrews led Habitat’s Haiti recovery work for two years before taking on the assignment of vice president of volunteer and institutional engagement.

Andrews graduated from the University of Florida with a bachelor’s degree in political science and holds a master’s degree in organizational management from Fielding Graduate University.