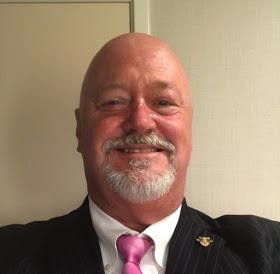 Michael W. (Mike) Hogan is the Chief Advancement Officer for Paws for Purple Hearts (PPH), a 501(c)3 nonprofit organization committed to supporting America’s veterans and current service members.  He joined the team at PPH in October 2018.  Paws for Purple Hearts’ mission is to improve the lives of America’s Warriors facing mobility challenges and trauma-related conditions such as PTSD and traumatic brain injury by providing the highest quality service/assistance dogs and canine-assisted therapeutic programs.

Mr. Hogan was born and raised in Texas.  He graduated from USMA, and then served on Active Duty for seven years as an Infantry officer. He is a graduate of the U.S. Army’s Ranger, Airborne and Air Assault training courses.  He served with the 1st Battalion/21st Infantry “Gimlets” in the 25th Infantry Division at Schofield Barracks, HI.  CPT Hogan subsequently commanded a company in the 1st Battalion/26th Infantry at Ft. Dix, NJ.

His career in Institutional Advancement began in 1995 when he returned to his alma mater.  At West Point, Mr. Hogan began his work as a Class Giving Officer helping USMA Classes raise funds for class projects.  After two years, Mr. Hogan became the Director of Class Giving.  He received subsequent promotions to Director of Major Giving, and Assistant Vice President for Development.  In support of the Vice President, Mr. Hogan helped plan and execute a $150M campaign that raised $218M.

Mr. Hogan has been an active member of the Council for Advancement and Support of Education (CASE).  He served on the planning committee for two CASE District 5 Annual Conferences before being selected for the CASE District 5 Board of Trustees.   He served on this board from 2014 to 2017.  He has also been active supporting the American Cancer Society’s Relay For Life, and he was a founding officer and board member for the Army Football Club at West Point.

Mr. Hogan is married to Natalie Mooradian Hogan.  They have three young adult children: Lillian, Natalie and Joshua who are living and working in Indianapolis and Gary, Indiana.