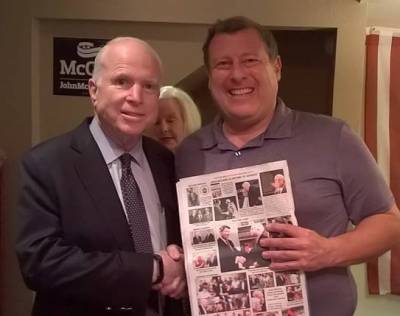 Mark Field, a US Navy veteran, is the editor and publisher of "National Veterans Magazine."

Mark served in submarines for eight years in the Navy (1981-1989). He has worked in the mortgage banking business for two decades, and won the award as Mortgage Loan Originator of the Year for 2017 from the Arizona Real Estate Journal.

He is active in supporting many programs for veterans in Arizona as well as the entire country. As just a few examples of his many achievements:

In 2015, Mark was selected as the Veteran Small Business Champion by the US Small Business Administration for both the State of Arizona and the entire 11 state western region.

In 2010, he started a Homeless Veterans Clothing Drive which resulted in a tremendous amount of clothing donated to both US Vets and The MANA House.