October 8, 2012:  Song writer, musician John Matarazzo sooths the Mind, Body and Soul With a Blend of Ambient, New Age, Spa and World Music From New Project Logical Drift. John and Elizabeth Joyce reminisce about the early jazz days of the 1950's and 60's and how John's music ascended to what it is today.

Music veteran writer, composer, producer and performer, John Matarazzo, has been accompanied by legendary engineer and producer Logan Strand to form LOGICAL DRIFT. Both have worked with major acts in the past 20 plus years from the electronics, pop, new age to world music genres, in which their success has geared them to manifest musical compositions that produce enlightenment, relaxation and tranquility. Their journey has also begun to initiate a network of like-minded music therapy and musical healing practitioners and practices within the alternative education and new age community in order to support each others projects through music as a unification medium. 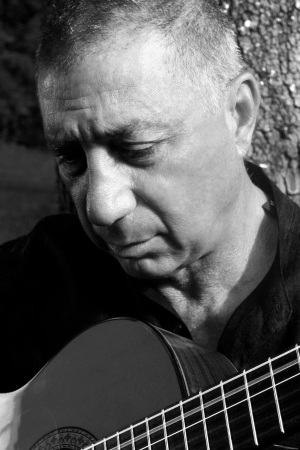 Reaching success in these genres, Matarazzo then began to invite more established world artists to work with him on a variety of projects (Ravi Shankar, Nusrat Fateh Ali Khan, Herbie Hancock, Lee "Scratch" Perry, The Gamelan Of Bali, Lata Mangeshcar, The Monks Of Notre Dame, and Buddhist Monks of Maitri Vihar Monastery Tibet). With an established world music catalog that expanded Matarazzo's existing discography, he then journeyed off to field recording and performance projects taking him to places as far away as Bali, Indonesia, Sumatra, Tibet, North Africa and Morocco, Mali and Thailand. Continuing his spiritual path, Matarazzo's interests grew into experimenting with psychological compositions and electronic music elements instituted by Karl Heinz Stockhausen and Pierre Boulez; adapting them to create psychological dreamscapes and aural environments designed to evoke spiritual responses from the listener that may heighten the listener's overall growth in spirituality. Synthesizing sounds in acoustic laboratories, Matarazzo was able to develop a palette of unique and emotionally resonant sounds from simple sine wave generators overlaying harmonic spectrums and resonating filters that infused evocative and sensual aural landscapes and alternative worlds.

Combining his knowledge of ancient spiritual systems, psychoacoustics and aural imaging, he composed soundscapes that heighten the listeners' sense of wellness and tranquility; stimulating the Chakra portals, thereby carrying the listener on a journey toward greater awareness and aliveness. His aim is to author music that will provide an important map for our wholeness and transformation, both personally and globally by opening the Chakra paths to enlightenment and integration.

Comprised of six thought provoking tracks, the first LOGICAL DRIFT project represents the most recent incantation of the musical concepts and explorations of Matarazzo's career in a community of ambient, world and new age music. Better said, the album notes tell us "From the ancient port of Joffa on the Mediterranean traveling east, across the windswept Judean Desert the weary caravan traveler comes to the legendary Oasis of En Gedi. Set on the banks of the Dead Sea; Covered in lush, hanging gardens, sparkling waterfalls and murmuring fountains, it is a place of relaxation and refreshment for body and spirit". Just listening to inviting track titles as 'Judean Desert' and 'Shenandoah Pslam', you'll be able to hear a soothing, yet almost healing ailment that can move listeners on a psychological and spiritual journey of pure bliss.

LOGICAL DRIFT has also created a New Age Definitions page to initiate an educational outlet. Understanding that likeminded projects within the alternative medicine, metaphysics, music therapy, musical healing, naturopathy and spa communities continue to support each other's overall initiatives in order to increase awareness within the ever growing alternative education and new age community, the LOGICAL DRIFT project will be developing a research network to aid in this effort. LOGICAL DRIFT is inviting all walks of life within the alternative education and new age communities to bring forth their projects for networking opportunities.