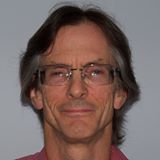 David Low, MS PhD is an author, former Adjunct Professor of Religion, drug counselor, and entertainer—a juggler for a few years out of college (which he still enjoys doing for charity groups). Today he does dreamwork, teaches meditation, and speaks on topics in popular spirituality and religion.

The first time David meditated in college, he had a powerful experience of light and transcendence. After getting his counseling degree he traveled extensively and visited different Hindu, Buddhist, Sikh, Sufi, Jewish, Christian, and Orthodox Sunni and Shi’ia Muslim groups, all the while recording sometimes “spectacular” dream experiences.

After getting initiation from his major teacher, David began having powerful dreams which ended up directing major decisions in his life, sometimes involving deities and other consistent entities aside from his teacher. In 2014, an epiphany” led him to write his first book, Universal Spiritual Philosophy and Practice: in Informal Textbook for Discerning Seekers.

His greatest passion is getting people to tune into more profound dimensions of spirituality, at both the personal and political levels. Aside from dreamwork, another tool he uses to do this is his “9-Point Spirituality System,” which helps people fine-tune what they are already doing in their lives to reach deeper levels of their own being. 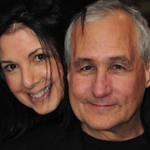 Signs of Life Radio Show is a unique radio show dedicated to the exploration of Life After Death!

Call In or just listen to top Scientists, Mediums, and Researchers discuss their personal work in the field and answer your most perplexing questions.

Topics will include: Mediumship, Near Death Experiences, Death Bed Visions, Reincarnation, Apparitions and Poltergeists, After Death Communication, ESP and Telepathy, Survival of Consciousness ..... and the list is endless!