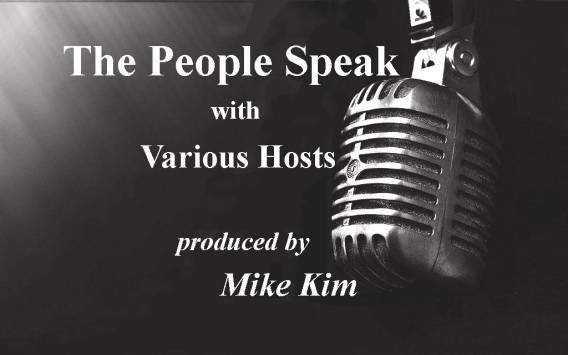 The People Speak with Sophia Rae and guest Diana Best 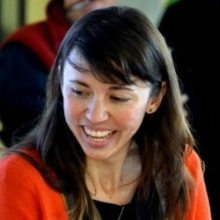 Diana Best is a senior climate and energy campaigner at Greenpeace USA, based in Denver, Colorado. She began working with Greenpeace in 2008 on federal climate legislation and has since worked on reforming federal fossil fuel leasing programs and fighting new infrastructure projects around the United States.

She is currently leading Greenpeace’s “Hold the Line” work aimed at halting the political and social influence of the oil industry during Trump’s administration.

Our mission: Greenpeace is the leading independent campaigning organization that uses peaceful protest and creative communication to expose global environmental problems and promote solutions that are essential to a green and peaceful future.

A group of thoughtful, committed citizens came together in 1971 to create Greenpeace. A handful of determined activists leased a small fishing vessel, called the Phyllis Cormack, and set sail from Vancouver for Amchitka Island in Alaska. Their mission was to protest U.S. nuclear testing off the coast of Alaska with a brave act of defiance: to place themselves in harm’s way.

Despite being intercepted by the U.S. Coast Guard, these daring activists sailed into history by bringing worldwide attention to the dangers of nuclear testing.

That was more than 40 years ago, and in that time, Greenpeace has indeed changed the world. And we continue to make the world a better place. Our committed activists and supporters have come together to ban commercial whaling, convince the world’s leaders to stop nuclear testing, protect Antarctica, and so much more.

Today, we have grown from a small group of dedicated activists to an international organization with offices in more than 50 countries. But our spirit and our mission remain the same. Our fight to save the planet has grown more serious — the threat of global warming, destruction of ancient forests, deterioration of our oceans, and the threat of a nuclear disaster loom large.

Greenpeace is actively working to address these and other threats.

Our Commitment to Diversity and Inclusion

Greenpeace challenges the systems of power and privilege that destroy the environment and place disproportionate burdens on vulnerable communities. As Greenpeace, we know from nature that diversity is essential to life on the planet and success in our organization.

We welcome, value, and rely on a diversity of people, cultural experiences, and perspectives. We learn from one another. Through our campaigning, we create solutions that promote environmental sustainability rooted in social justice.

We work with thousands of volunteers who are on the inside track of our campaigns. Whether you’ve been an activist for decades or you’re just starting and want to learn how you can help, we have volunteer opportunities for you.

Greenpeace does not solicit contributions from government or corporations, nor will we endorse political candidates. Our 250,000 members in the United States and 2.8 million members worldwide provide virtually all of our funding through individual contributions. Your support provides the backbone of our organization and is invaluable to our efforts.