This Podcast section is restricted and required BASIC subscription for Talk Show Peaceful Planet. Please subscribe to listen this section. 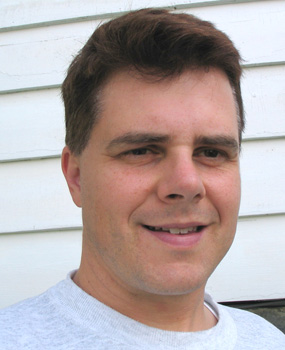 Robert Murray (AKA Bob or Father Murray)
For more than 30 years, Robert had been communicating with "people" who crossed over. Before he channeled, he mentally set up psychic protection for himself. He then sat down with pen and paper and later at his computer in his home where he received the messages. When he received messages from Michael or anyone else, he tuned in and wrote or typed their messages on the computer. He could be called a receiver. He had to find the correct station and there had to be some fine tuning. He heard voices and saw pictures. An interaction took place. He was conscious and quite aware of his surroundings while he wrote. During his conversations with the "people," he saw them in their surroundings and sensed their feelings and emotions while they spoke. All this came through him and was recorded by him. He had developed the ability to slow down the messages and wrote them accurately. This was not automatic writing, but rather transcribing what he actually heard. He had also written books containing a diary of messages from his son-in-law, Michael.

James Murray
Bob's son, James Murray is now channeling messages and creating drawings of his visits and experiences with the Other Side.

The artist James Murray's page has information about the afterlife, his dream drawings, psychic images, the book "The Stars Still Shine", life after death and the after life.

James Murray has been drawing most of his life. As a young child even before he could talk, he was creating "little" pictures to communicate. He is a professionally trained artist and has several years experience as an animator in graphic arts. 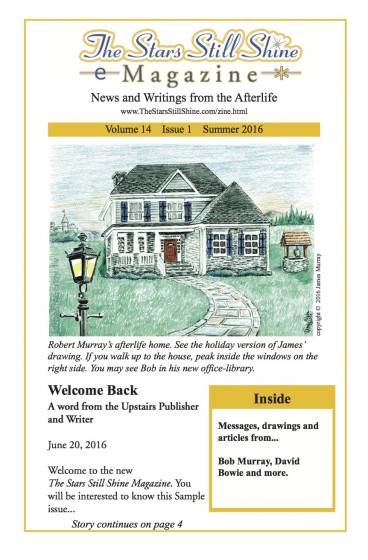 We''ll be interviewing James Murray and Bob Murray from teh other side. James will discuss a bit about the planet Bob writes about in the Umbartt book.

I'll be taking live calls for mini readings at the start of the show and I 'll have a special message from Master St. Germaine. Do join us this evening on the Peaceful Planet!

We'll discuss some of John's major life accomplishments in his own words , and his themes while on the Earth plane, and his hopes and desires from the Spirit side now as he works with George Harrison in a new band called the Half Beats! Don't miss this fabulous episode! Dec 16!

We welcome James Murray back.

We welcome James Murray back. James and I will be highlighting messages from John Lennon and Princess Diana on the royal wedding and what's the prognostications are concerning the royal couple.
At the start of the show I will be doing live readings if you'd like to make a call in on line one. I work by taking questions and then I connect to Spirit and give you an answer. For the next few weeks i'll be doing a lot of readings on air. This is your opportunity to find out what you need to know, love and light Marcia 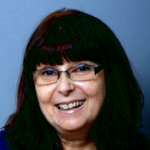