Show Headline
A Fireside Chat
Show Sub Headline
with Lance White (Zany Mystic)
Guest PATTY GREER, award winning filmmaker, discusses her shift into exploration of crop circles, ORBS, UFOs, ETs and Mayan Calendar with its prophetic "end date" of December 21, 2012.  This is an outstanding film, not only for the original music, composed by Patty, but the fresh faces in England and Europe, who share their expertise.  Within the film, there is an acknowledgment of "the elite", and those privileged few who have held numerous secrets for hundreds of years.  However, as one person said, "They can't know ALL of the secrets, or they wouldn't be following what we're doing so closely!"  This is a wonderful interview, and Patty has created one of the BEST new 2012 films made yet.

She has produced three full length documentaries in the past 18 months, in which she brings to light some of the mysteries of our shifting realities.

She highlights the many aspects of extra-terrestrial life, communications from other worlds, the Crop Circle phenomena and other intriguing question that we have finally begun to ask out loud. She uses her original music for the soundtracks.

A new dawn lies just ahead. Patty Greer is dedicated to helping humanity see the beauty of what is just within our reach, while facing the dual aspects of our current world with a positive attitude and potential solutions. 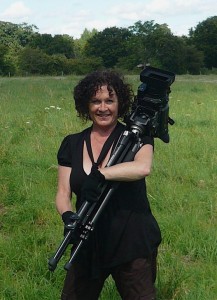