Show Headline
A Fireside Chat
Show Sub Headline
with Mona Delfino
My Guest is MONA DELFINO.  I discovered Mona through mutual friend and fellow Virgo, Mahala Gayle, who writes the monthly Planet Alerts, on her site

Mona's writings resonate fully; when we began emailing, I discovered many more connections.  This show begins with a tribute to another mutual friend, who has passed in the physical:  Dr. John Jay Harper, who wrote Tranceformers:  Shamans of the 21st Century:

Mona begins this show by sharing her own NDE at the precise moment that John passed, slumped over his computer, dead.  We reflect on his legacy, and on the fact that his energy remains with us today, ever present.  John, and many others "in the light" continue to empower us as we open to their energies.  We each contain an inHERitance and reverse lineAGE which threads back to Source, and Source is piercing the heavy veils of density, division and distortion.  The ILLusion is breaking down and unraveling at Quantum Levels from outside matter.  This is why it is important to clear the lower vibrations and unite in higher consciousness as we are designed and destined to do NOW.  We have passed the threshold of October 28, 2011 and are now hovering in our mind-body-spirit-soul hovercrafts, integrating light codes within our own STAR BEINGness, our own DNA.  This show breaks new ground that empowers us all to skyrocket to the stars that we are.
Mona talks about the power of water, especially DISTILLED WATER, which eliminates radiation, fluoride and about 40 other harmful inorganic elements that slow us down.  Watch for more shows with NEW information that is vital for self-all empowerment, and find more Mona's work
Guest Name
Mona Delfino 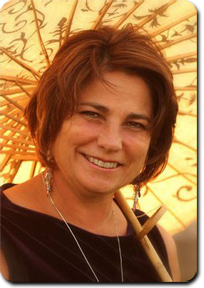 As a Medical Intuitive, Vibrational Healer and Massage Therapist Mona Delfino has been an exceptional body worker for over 20 years. Coming into this field of healing naturally, her passion and abilities as a healer became apparent at a very young age.

In addition to her teachings in Reiki, Polarity Therapy, Sound ( toning) and Crystal healing, Structural Therapy and many Indigenous Vibrational Medicines, Mona has had the unique experience of studying with her mentor of 12 years, Cherokee medicine woman, Karen Land. Karen was known as “Double Eagle” in the Cherokee Tribe. She passed in 2005, with her knowledge still running through Mona.

Mona has spent time studying in Hawaii on the Big Island in Hilo to learn directly from Lomi Lomi masters and Kupuna to bring back the traditional Hawaiian healing that carries the knowledge that all healing comes from love.