JULIAN ROSE turns a page in history with this paradigm shifting 2 hour show.  I first discovered Julian's brilliant writing through several articles. the first being "Reverse Engineering the Illuminati Mindset".  Another is "Phoenix Rising".  On his website, a guest author wrote an excellent activist post, which are all on his website at the link below:

Learning from indigenous wisdom and knowledge – To change society a cultural revolution in activism is needed – by R. Teichmann

When I discovered he was also largely responsible for forming a united group that has successfully banned GMO's in Poland, I knew this was going to be a ground breaking moment.  We were deeply involved with the real problems facing humanity at the end of the first hour, so we continued recording for a 2nd hour "off the air".  This archive includes the second hour which could be called, Zany Unplugged, Unchained and Uncensored!  This is a show that talks about "he who cannot be named".  Don't miss this one and be prepared for some shocks and a few expletives during both hours!  It's a show that's "off the charts!"  There is a wealth of information on his website, www.julianrose.info.

If you are part of the growing movement of awakened beings uniting in consciousness to "throw the bums out", be they earth bound, internal, space bound or inter-dimensional, please listen and if you are inpsired, make this show go VIRAL!
Best, Zany Mystic


Julian is President of the International Coalition to Protect the Polish Countryside, successfully banning GMOs in "GMO Free Zones".

In 2000 Julian was invited to become a co-director of the International Coalition to Protect the Polish Countryside, co-launching a highly successful 'Campaign for a GMO Free Poland' as well as leading a high profile defense of peasant farmers whom he holds-up as the true guardians of biodiversity throughout the world. Regular listeners to BBC radio 4?s Framing To-Day will have heard Julian's 2007 series of once monthly "Letters from Poland" passionately highlighting the crisis provoked by forcing 'corporate globalization' onto traditional family farming communities.

In "Changing Course For Life", Julian Rose draws together all the strands of his highly diverse life experiences and, in a multidimensional vision of the future, calls for an uncompromising commitment to dynamic, decentralised community leadership as the chief vehicle for overcoming the dominant and life threatening Orwellian collusion between corporate greed and political ineptitude. Julian foresees this new beginning blossoming into a life-affirming process of humanistic and spiritual self realisation. 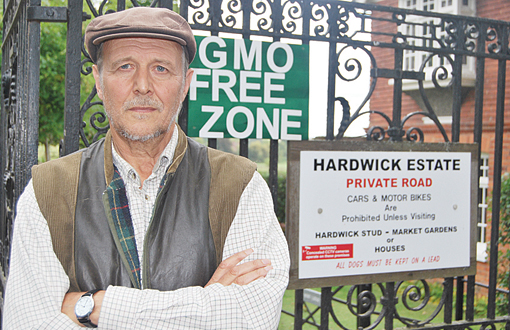 Julian is a champion of organic farming, and a hands-on President of the International Coalition to Protect the Polish Countryside.  He and his partner co-launched a highly successful ‘Campaign for a GMO Free Poland’ while leading a high profile defense of peasant farmers who he holds-up as the true guardians of biodiversity throughout the world.  Regular listeners to BBC radio 4′s Framing To-Day will have heard Julian’s 2007 series of once monthly “Letters from Poland” passionately highlighting the crisis provoked by forcing ‘corporate globalization’ onto traditional family farming communities.  As a result, there are now GMO FREE zones established in Poland, leading the way throughout the global community.

Additionally, Julian is a brilliant author whose articles pierce to the very core of one’s being:  “Reverse-Engineering the Illuminati”  and "Learning from indigenous wisdom and knowledge– To change society a cultural revolution in activism is needed".  His first book is called Changing Course for Life.  His new book is available at Amazon Books this month: “In Defense of Life:  Essays on a Radical Reworking of Green Wisdom.  You can find all of his material, books, research and thoughts on his website: 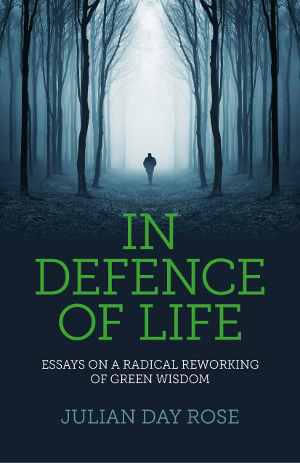