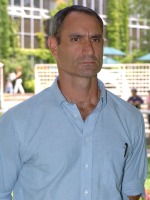 Rick Schosberg, born in White Plains, NY, was introduced to horse racing by his parents, Jane and Paul, who own Pine Lane Farm in Westchester County.

Schosberg graduated from Cornell University in 1984 with a degree in applied economics concentrating on animal science and equine studies. After working with show horses and at the Middleburg Training Center in Virginia, he returned to New York and served as assistant trainer to Sid Watters Jr. and Tom Skiffington before going out on his own in 1988. He won with his very first starter, Three Chopt Road, at Belmont Park that September. The conditioner of champion Maria’s Mon and multiple Grade I winner Affirmed Success, he limits his stable to 20 to 30 horses, and races exclusively in New York.

Schosberg and his wife Dawn live in Muttontown, NY. Son Ryan is a recent graduate of Boston University.

Schosberg served his first term on the NYTHA Board starting in 2011, and was re-elected to a second term in 2014. He is the Chair of the Aftercare Committee, and oversees the TAKE THE LEAD Thoroughbred Retirement Program, which finds new homes for the horses retiring from NYRA tracks. 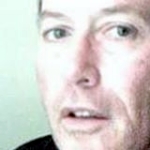 Each year hundreds of millions of dollars are spent at the world's leading auctions.

Host, Les Salzman, has more than 30 years of industry experience and along with his guest hosts will provide the audience with unique "inside" information pertaining to upcoming and just completed sales as well as many on location reports.

Bringing you the latest from the racing world. Our team of reporters, commentators and correspondents provide the most current and accurate news.

Exploring the history of the game. In an industry steeped in tradition, we attempt to bring the legends to our audience, Allowing them to share the past in their own words

Check back frequently to listen to our late breaking news podcasts.