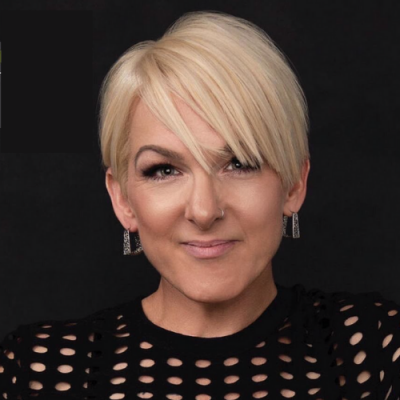 Vanisha Breault's Bio: Vanisha Breault is the founder and CEO of the National organization, Terminator Foundation, a cutting-edge approach to the mental health, opioid, and addiction crisis. Breault has spent over two decades as a crusader for social justice issues concerning mental health, addiction, and domestic violence. She’s an advocate and speaker who pushes the boundaries of vulnerability, introspection, and everyday courage while shifting the paradigm of judgment towards one of compassion.

Her personal story of domestic violence and addiction is the motivating force behind her dream of breaking down the shame and stigma surrounding mental health issues. She continues this important work as the author of the newly released book, ‘Ordinary Courage’, and as the podcast host of the notable show, Ordinary Courage, found in the Top 100 Relationship Podcasts in Canada.

The lives of Vanisha Breault's entire family were forever changed when her oldest daughter disclosed that she had repeatedly been sexually abused by her stepfather. In this harrowing depiction, Vanisha recounts the fallout from the sexual abuse, the criminal proceedings, and her family's eventual descent into poverty, addiction, and seeming hopelessness. Vivid and shocking, revealingly raw, Ordinary Courage, is the profound, deeply intimate story of one woman's quest for survival in the face of unimaginable adversity. From tragedy to triump, Breault’s story is truly a gift of hope.

Vanisha holds a B.A. (with honours) in Counselling/Psychology, as well as her Certified Life Coach training (CCF) and Certified Triathlon Coach training (NCCP). Vanisha’s impact in the community has been acknowledged by several awards, most recently the recipient of the Universal Women’s Network, ‘Difference Maker Award’. She has supported and advised on various boards, presently, she serves as a director on the Board for RESET Society, a supportive housing program for women and children exiting sexual exploitation and human trafficking. 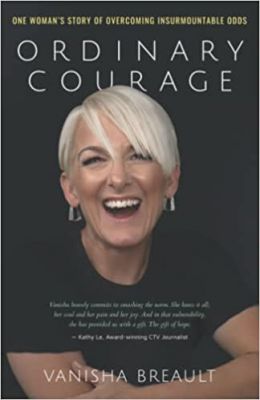