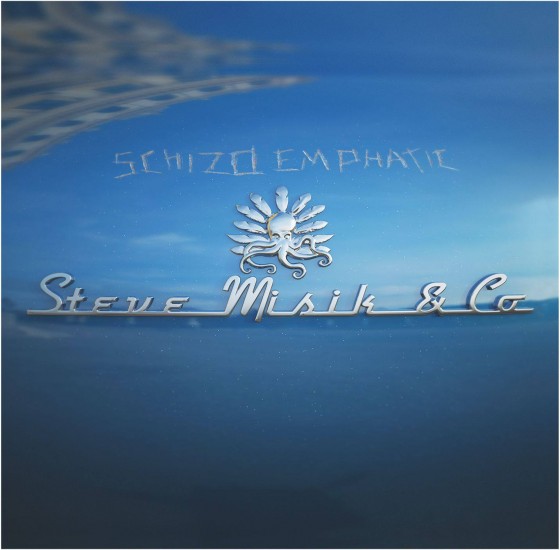 Artist or Band Name
Steve Misik & Co.
Websites
Youtube
Bandcamp
Facebook
Twitter
Reverbnaation
Email Address
stevemisikco@gmail.com
Hello!
I hope everything ‘s going well in your way.
I contact you cause we would like to promote our debut album,  that your listeners can discover our music, where they can find it  etc.. I dont know how you prefer listen to our songs,  I can send you a link  to Bancamp, Spotify, Tidal, or some another streaming site, or if you prefer receive songs via email, I can do it that way.
I think songs from our new album Schizoemphatic will fit well in your radio program.
The project generally is of a harder character; ...hard rock, funk, blues, metal, alternative, crossover, sometimes with some ethno or electronic elements.
If there would be a possibility to have a more time, some interview, in your program to promote the album and the band that will be genius, but if you can put to air only one song, we will appreciate it as well. We would be thankfull to any promo for our debut album music, what we want is get our music to listeners.
If you need any further information, please do not hesitate to contact me.
Best regards Steve
youtube:      https://www.youtube.com/user/stevemisikco
bandcamp:   https://stevemisikco.bandcamp.com/album/schizoemphatic
tidal:            https://listen.tidal.com/artist/7931179
Videos from the new album:
https://www.youtube.com/watch?v=6uAAte0kfxM
https://www.youtube.com/watch?v=Cfgce8s64p4
https://www.youtube.com/watch?v=ihoBjWDk37c
Bio

The band Steve Misik & Co. is generally of a harder character, but it does not limit itself when it comes to the genre.

The band consists of musicians who have been performing on the Slovak and foreign (Spanish, American, English, Dutch, German, Czech, Hungarian, etc.) music scene. They have previously worked together in various bands and music projects, but the current set “Steve Misik & Co.” settled in April 2013 during the recording of the songs for the debut album “Schizoemphatic” and creating the promo video for the cover version of Deep Purple's  ¨You Keep On Moving¨.

The way in which we got to the recording of the debut album was very long and difficult. The first single because of the web administrator's mistake was promoted with incorrect band name “Clone co.”, because he entered the name of the single instead the name of the band, so we kicked his ass.

When the band worked on new songs for the debut album faced with the biggest misfortune, with the health problems of the lead guitarist and co-founder of the band and especially a good friend. Steve Tóth had to be hospitalized. Steve Misik had to play abroad as a session musician in different projects, because of the break and money required for recording and so on. That time Steve Tóth suddenly passed away, which painfully affected everybody, because of his creative benefit, friendship and enormous love for music (when he found out that he will not be able to play guitar after his heart surgery, he fell into a coma and doctors failed to wake him). Steve Misik composed and arranged the song "My waves" based on his riff and lyrics, they worked together on that song before his death. The album Schizoemphatic is dedicated to his memory.

We grew up listening hard rock, metal bands but we've been influenced by funk, soul, blues, modern crossover, progressive rock-metal, classical music or jazz. Our music is based on the concept of trying different genres, different imaginary worlds, different fantasies in every song but keeping our own face. In the lyrics we point out the civilization problems of the society and mental world of the human being. That's how we define our music direction in the media interviews.

So the debut album is finally finished and the band hopes that it will delight not only the die-hard fans who remember us from various concerts but also the new listeners.

All music & lyrics by: Steve Misik

These are the songs on the album SCHIZOEMPHATIC:

1; Radio - Intro with the voice of the friend Stefan Toth making jokes in our rehearsal room back in those days, I've put it as if it was a radio program, because the intro has to evoke that somebody is searching on the radio waves on an old radio, because the second song has this topic.

2; My waves - Funk grooves with metal guitar riffs and melodic vocals, with some new experimental sounds as well. In memoriam Stefan Toth.

4; Online - A song about the dependence on social networks and phone usage, with experimental electro and metallic samples.

5; May - Acoustic song with dark atmosphere, cajon rhythm, acoustic guitar and bass groove, voices, and a jazzy sax feeling. A collaboration with talented sax player Felicity, who put a jazzy feeling into it, and Francisco enriched it with his flamenco feeling on Cajon.

7; Clone - This hard-rock-funk song was the first we have finished and have promoted a little bit abroad.

8; I'm here - In this song we mixed many styles which impressed us in various decades of our life, from childhood till today. When you will hear the complete track, you will understand what I am talking about. This song is with southern rock/nu metal, country and western grooves, rhythms and elements, and with some new experimental sounds as well.

Thank you for your time, Steve