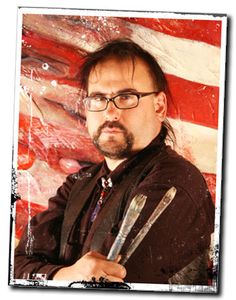 Rev. Steven Johnson Leyba is a ritualistic, shamanistic painter of Mescalero Apache ancestry. His art is equal parts satanic, holistic, radical, political, and extremely personal. Utilizing various media, Leyba creates a celebration of the sacred and profane. Paint mixes with collage, beadwork, and DNA making bold statements about the world we live in, constantly questioning the very nature of Art.

Since 1989, Steven Leyba has produced 14 handmade books, huge volumes of bound works on canvas. Forms of these have been published by Last Gasp and Coyotel Press in books containing commentary by William S. Burroughs, H.R. Ginger, Poppy Z. Brite, Clive Barker, and Genesis P'Orridge. He has been the subject of media attention for his controversial approach and subject matter, and in 2002 a documentary was made about the artist titled, "Unspeakable: The Life & Art of Reverend Steven Johnson Leyba".

His works are multi-media explorations into the souls of both individuals and society as a whole. They are liberating, honest, and organic in experience, void of any censorship and defiant against those who would attempt it. Look for his own documentary, "What is Art? Inside the Mind of the Artist as They Speak the Truth".

Leyba can be reached via email: leybaart@gmail.com 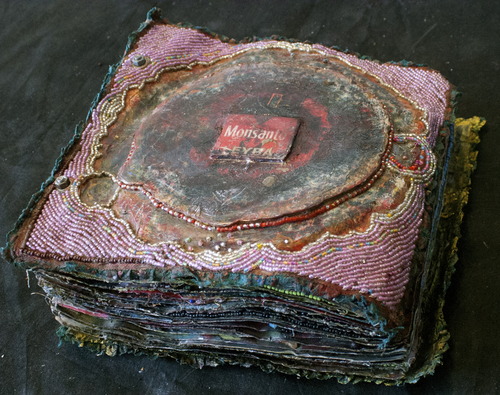